Basic too strong for Carson football 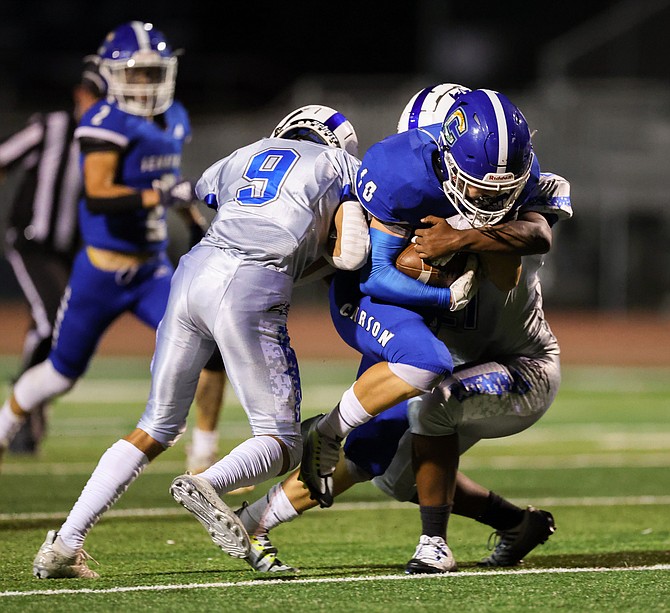 
(Carson’s Marcus Montes runs through traffic during the game between the Basic Wolves and the Carson High Senators / Jeff Mulvihill, Jr. | InstaImage)