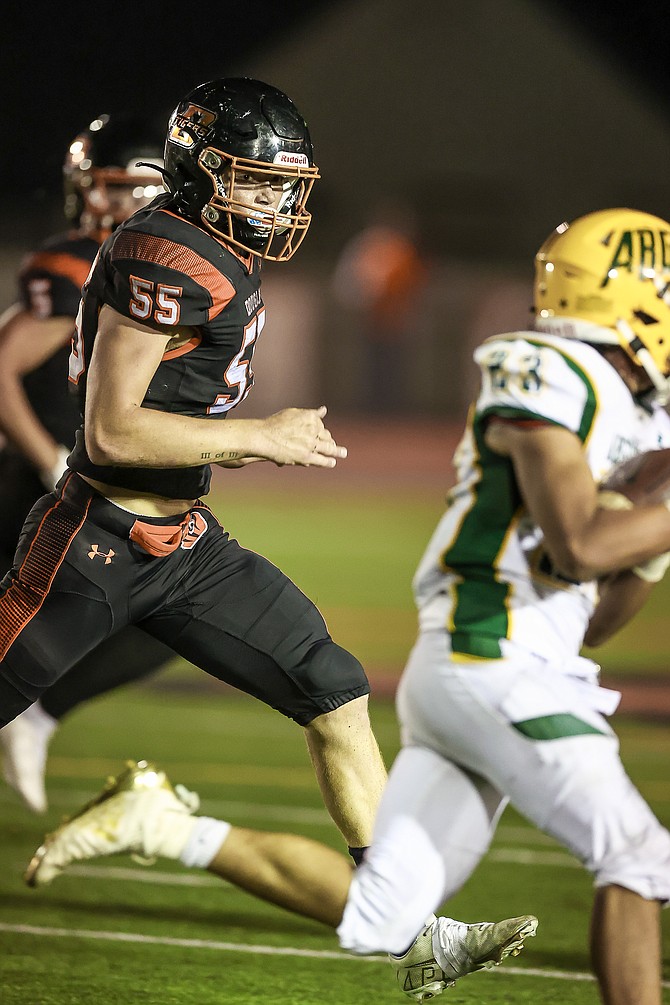 Douglas High’s Jacob Brady (55) tracks down an Argonaut ball carrier during the 2022 football season opener. Brady was selected to the 2023 Dream All-American Bowl in Arlington, Texas, outside Dallas, which will take place in January.
Photo by Ron Harpin.

Earlier this week, Douglas High senior Jacob Brady was selected to participate in the 2023 Dream All-American Bowl near Dallas.
Brady, one of four captains on the Tiger team, was one of just 180 players around the nation to be selected for the game.
The selection came through scouts that Dream Sports Group has around the nation that attend offseason camps, scrimmages and other practices.
“It’s a crazy feeling. I don’t even know how to put it into words,” said Brady. “It’s insane.”
The Dream All-American Bowl will take place Jan. 16 at AT&T Stadium – home of the Dallas Cowboys.
The senior said his favorite part about playing defensive line is the edge rush on passing plays.
Brady doesn’t model his game after one player or defensive lineman but tries to incorporate skills he’s picked up from watching film.
This off-season, Brady laughed that all he did was lift weights and attend camps.
The defensive lineman has been to AT&T Stadium before, while in Texas on a family vacation, noting he’s had the opportunity to tour the stadium.
“I said I was going to play on that field one day,” Brady said.
Though that dream may be coming true a bit sooner than Brady had anticipated the opportunity is one that will showcase some of the best football players in the nation.
Brady said football has been one of the biggest things in his life and he’s hoping that he will earn a chance to play in college.
“It’s given me extended family. It’s given me a way to live my life and hopefully it’ll take me to the next level to college,” said Brady. “That’s the dream.”
"Jacob is a talented defensive lineman. He can play on the edge and rush the quarterback. He can also move inside if needed and stop the run. He has quickness, speed and is strong at the point of attack,” said Dream Sports Group CEO Shannon Riley. “We are excited to see him display his talents in Arlington, Texas." 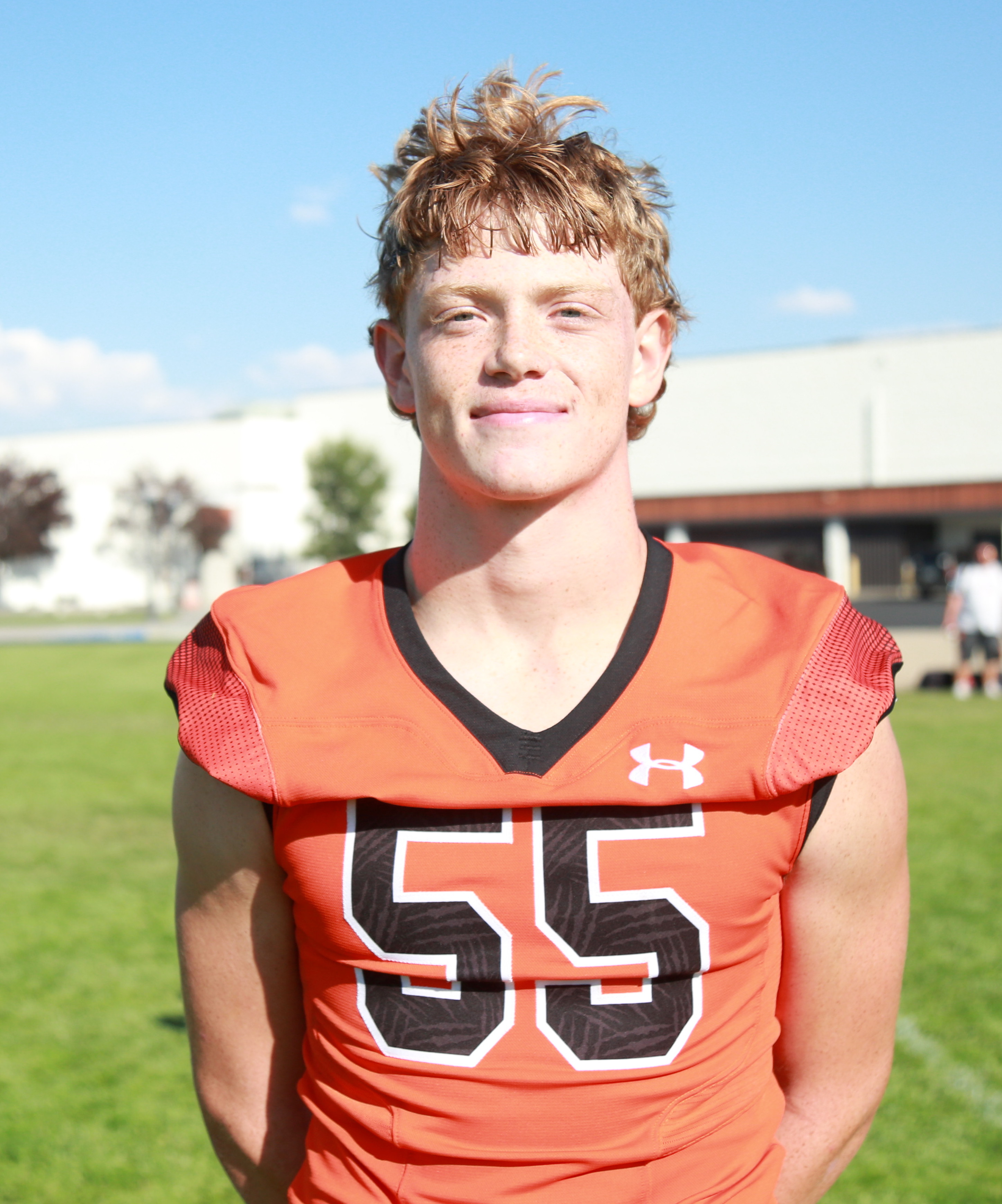