Plus results from Tiger girls soccer and boys tennis 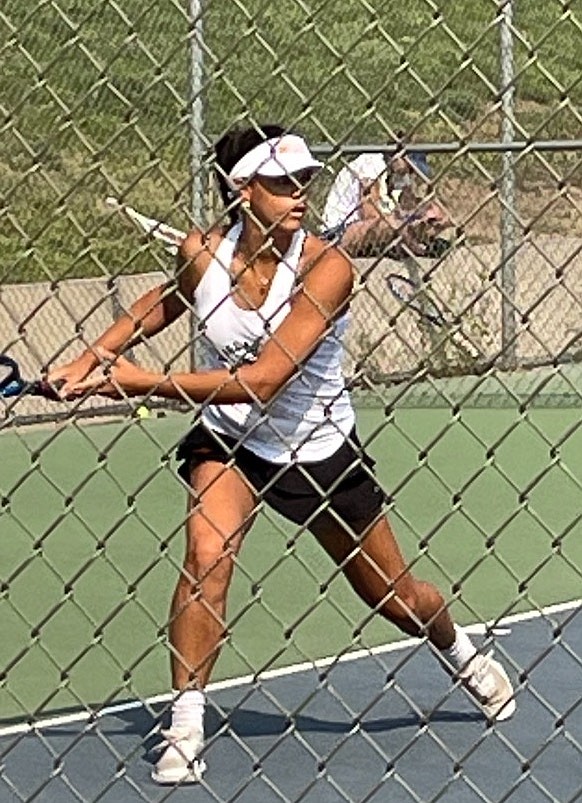 Douglas High’s Joscelyn Turner sets up to hit a backhand against McQueen on Wednesday. The Tigers’ contest with the Lancers ended early in a 3-3 draw due to air quality.
Courtesy Molly Turner

Douglas girls tennis match called early
Due to air quality, Douglas High girls tennis had its match with McQueen on Wednesday end early.
The Tigers and the Lancers were tied at 3-3 when play was halted.
UP NEXT: Douglas will host Spanish Springs and Wooster next week.