Joe Santoro: Is Pack 4-0 if Norvell, others stayed? 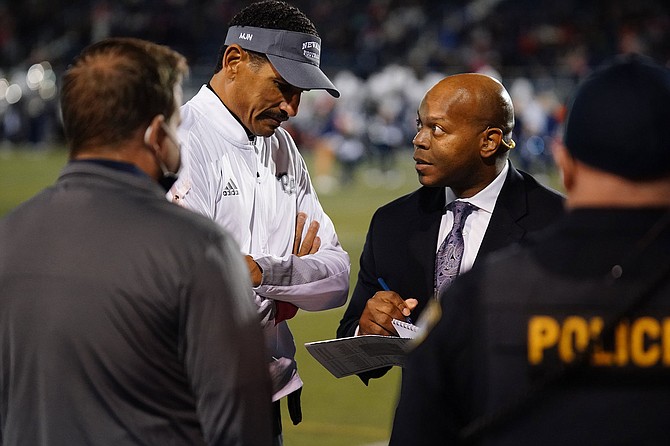 Then-Nevada coach Jay Norvell is interviewed at halftime of a game against New Mexico State on Oct. 9, 2021 at Mackay Stadium.
Photo by Thomas Ranson.