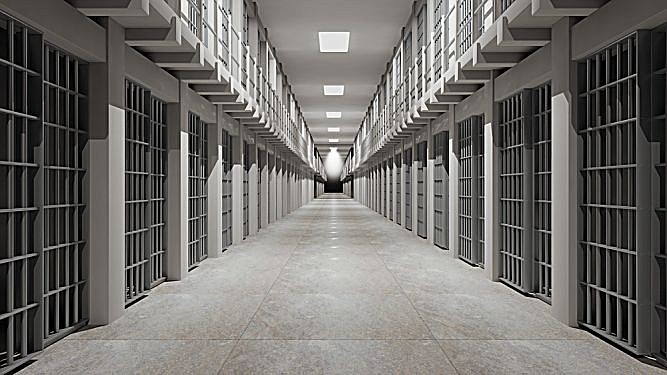 By Gabe Stern AP/Report for America

RENO — Ten months after a yearlong state audit found Nevada’s prison system had widespread deficiencies in its use of force procedures, officials with the state Department of Corrections have acknowledged that none of the audit’s 16 recommendations meant to improve facility operations has been completed.

Still, department officials told state lawmakers last week that they have partially implemented 14 of the recommendations, which range from updating use-of-force data to getting rid of unauthorized weapons.

The agency pointed to longstanding staff shortages that have increased over the past year for delays in completing the changes.

The update came Jan. 12 during a legislative subcommittee meeting that marked Nevada Department of Corrections Director James Dzurenda’s fourth day on the job. The previous director, Charles Daniels, was told to resign after turmoil in the department that included a convicted bomb maker escaping from a Las Vegas-area prison.

Dzurenda previously worked in then-Gov. Brian Sandoval’s administration and recently was tapped by Gov. Joe Lombardo’s administration to bring “some stability” back to the corrections department, said Ben Kieckhefer, the governor’s chief of staff.

The March 2022 audit found that use of force data was “not accurate, complete, or reliable” and often understated the number of incidents. It also found that junior prospective officers often lacked training for duties they carried out, and that two-thirds of a sample of excessive force grievances were not reviewed by the inspector general’s office.

The audit also found that over a quarter of the department’s 744 weapons were unauthorized or obsolete, including 95 projectile launchers and 74 pistols that were unapproved models or made by unapproved manufacturers. And the department spent nearly $200,000 on a body camera program that had not yet been implemented.

The partial completion of the recommendations often entailed training for better procedures without evidence of full implementation.

For example, the department has been providing training for all 24 staff members of the inspector general’s office to submit grievance complaints into the state system, which the audit found was often delayed. But the department had no evidence that it provided a process to more quickly review inmate grievances, which are the first step in the legal process for inmates before they file a lawsuit.

There has been some training for properly disposing of obsolete weapons from correctional facilities, but that training is “insufficient without a process in place to do so.”

And the corrections department also reported that the Legislative Counsel Bureau’s Fiscal Analysis Division is finalizing a contract with Motorola for up-to-date body cameras, which could happen as soon as this month.

Action has yet to be taken on two recommendations. One is to collect, analyze and report required incident data to assist in resource allocation and training. The other is to monitor all use-of-force-related training and ensure that training aligns with weapons assigned to the facilities.

Deputy Director of Operations William Gittere, who served as interim director before Lombardo hired Dzurenda, said the recommendations have not been fully implemented because of staffing shortages that have “have reached pretty much one in three officers.”

As a result, he said the department’s focus has been on immediate priorities such as prisoner and general public safety.

“That’s not an excuse,” Gittere said, adding that Dzurenda’s return to the department should help speed implementation.

Use-of-force incidents have come up in more recent complaints. Over two dozen prisoners at Ely State prison participated in a hunger strike last month due to issues with food quality and portion sizes along with what was described as an overall lack of humane conditions at the maximum-security facility.

Advocates have made several demands that relate to use of force, including an end to what they call retaliation against inmates who file complaints and stalling when grievance forms are processed.