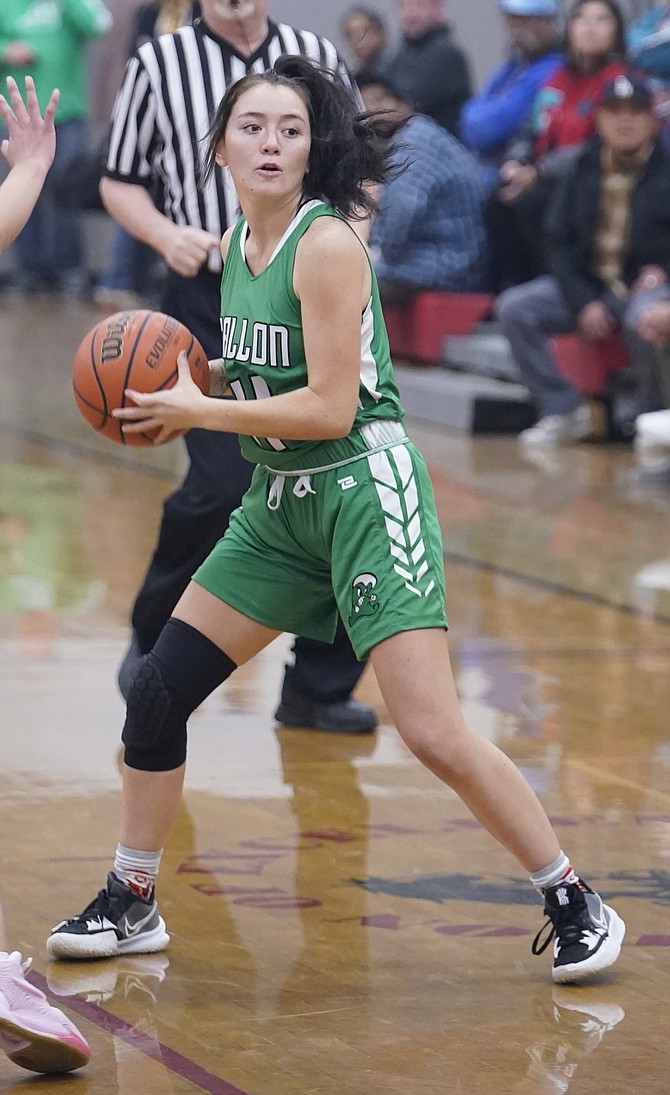 One day after hosting a successful fundraiser, the Lady Wave basketball team snapped a seven-game losing streak to break into the win column against 3A East foes.

Fallon, which lost to first-place Fernley last Wednesday in Lyon County, rebounded on Saturday to defeat Dayton, 55-29, to improve to 1-2 in the 3A East and 4-4 in the region. Fallon travels to Elko County this weekend to take on Elko on Friday and Spring Creek on Saturday.

Jarrett led in assists with four and Bettencourt had a team-high four steals.

In the 53-20 cross-valley loss to Fernley, Fallon trailed early as the Vaqueros jumped to a 19-5 lead after the first quarter and held the Lady Wave to only one point in the second quarter to lead by 34 at halftime. Fallon, though, outscored the hosts 14-13 in the second half.

Fernley held Fallon to 17 percent shooting from the floor, including 1-of-13 from 3-point range, and created 20 turnovers.

After dropping its first 3A East game of the year earlier in the week, the Fallon boys basketball team ran past Dayton, 71-37, on Saturday at the Elmo Dericco Gymnasium.

Fallon travels to Elko County this weekend to take on the defending state champion, Elko, on Friday and Spring Creek on Saturday.

Junior Carter Paul and Alves each led the team in rebounding with four boards. Fallon’s defense was on point, recording 14 steals.

In a 72-55 loss at Fernley on Wednesday, Alexander led the team with 26 points, including four 3-pointers, and Alves added 11 and sophomore Braden Sorensen added nine. Alves also had six rebounds, and Alexander, junior Baylor Sandberg and sophomore Trevor Hyde each had four. Sandberg also had four steals.

In the first game of the new year, the Oasis Academy boys basketball team’s offense couldn’t get going in the first half as the Bighorns fell at Smith Valley, 52-19, on Thursday in their 1A Western opener.

The Bulldogs jumped out to a 16-4 lead in the first quarter and held Oasis Academy to one point in the second period to lead by 27. Oasis, though, outscored the home team 14-10 in the third quarter but failed to score in the final quarter.

Sophomore Fenn Mackedon led the team with seven points, including a trey, and freshmen Hunter Adams scored five, Trevor Barrenchea added four and Kayden White had three. Freshman Matthew Bird and Barrenchea each pulled down six rebounds, and Adams had five. Bird also had four steals and a block.

The Lady Bighorns were outscored 26-2 in the opening quarter before falling to Smith Valley, 42-22. Oasis Academy, though, won the remaining quarters as it outscored the home team by four points.