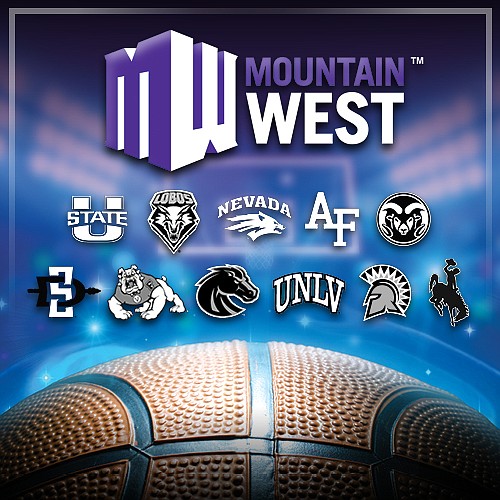 “We didn’t start conference play the way we wanted to against Nevada,” Broncos forward Tyson Degenhart said, referring to a 74-72 loss at Nevada on Dec 28. “But we clawed our way back.”

Degenhart scored 15 points and Max Rice led the way with 29 on six threes as Boise State dumped the Wolf Pack, 77-62, on Tuesday for its fifth win in a row. The Broncos, third in this week’s Nevada Appeal Mountain West rankings, were 8-of-16 on 3-pointers and didn’t allow any Wolf Pack player to score more than 15 points (Jarod Lucas).

“We just have to keep improving day by day so we can hold up that trophy at the end of the season,” said Degenhart, whose Broncos will host Fresno State on Tuesday and Colorado State on Saturday.

Jamal Mashburn had 25 points on four threes, Jaelen House had 16 and Udeze had 15 for the Lobos, who also whipped San Jose State, 77-57, last Tuesday.

Boise led the Lobos at halftime, 37-31. The Broncos, though, then had to deal with an incident on their way to their halftime locker room that might have affected the rest of the evening.

“There were a lot of things that were out of the ordinary including some of the halftime stuff with their baseball team near our locker room that I was displeased with,” Rice said. “I’ve been coaching 35 years and I’ve never had to deal with something like that.”

The New Mexico baseball team lined the hallway to the Boise State locker room at halftime.

“There could have been a riot up there at halftime,” Rice said. “We had to run through the baseball team and they were in our face.”

It was clearly an emotional evening at The Pit in New Mexico with a crowd of 14,566 in the stands.

“That was the loudest building I’ve ever been in,” New Mexico coach Richard Pitino said. “By far. Not even close. Our fans were amazing. How many places get their fans like that at (9 p.m.) on a Friday night? They affected the game. I couldn’t hear myself.”

New Mexico, which plays at Nevada (Monday) and will host Air Force on Friday this week, are now 18-2 for the first time since 1977-78.

No. 2 San Diego State improved to 15-4, 6-1, with an 82-76 overtime win at Colorado State on Wednesday and a 70-60 win at Air Force three nights later. Despite the two games separated by just 120 miles of highway, the Aztecs went back home to San Diego after the win over Colorado State.

“We looked a step slow, we looked tired,” Aztecs coach Brian Dutcher said after the win at Air Force. “We played in Fort Collins (Colo.) on Wednesday and got back to San Diego that night, had two practices and then flew back to Denver. It’s not an excuse. It’s just the reality of what we’re doing.”

Matt Bradley had 13 points and seven rebounds for San Diego State against Air Force. The Aztecs won the game at the free-throw line and on the boards, making 22-of-23 from the line and earning a 45-25 edge on the glass. Air Force was just 4-of-10 at the line.

“These games are so different from one another,” Dutcher said. “You have to find a way to win games and it is not always easy. Sometimes you have to figure it out as the game’s going on.”

No. 6 Air Force (12-8, 3-4) beat Wyoming, 82-74, to start its week on Tuesday. Freshman Beau Becker had a career-high 23 points for Air Force against Wyoming after scoring just 66 points combined in his first 13 games. Becker then had six points against San Diego State.

“Our defense the entire second half wasn’t very good,” said San Jose State coach Tim Miles. “It’s certainly disappointing to control the game (San Jose State led 72-68 with 3:14 to play) for a long time and not come out with a win.”

Shulga, who had 15 points, missed his first free throw with five seconds left before draining the game-winner.

“Naturally, you starting thinking, ‘Oh, my God. No way I just missed it,’” Shulga said. “But you just dismiss those thoughts and trust your follow-through and your shot and stay in the moment.”

“It was a real gutsy win for our team,” said Utah State coach Ryan Odom.

“We’ve got to adjust some things,” said UNLV coach Kevin Kruger, whose Rebels will host Nevada this Saturday night. “We’ve got to get that edge back and that’s hard to do when you are struggling.”

The Rebels got 14 points from Keshon Gilbert in a 75-71 loss at Utah State and 15 from Elijah Harkless in the loss to Fresno State.

No. 9 Colorado State (10-11, 2-6) lost 82-76 in overtime to San Diego State and 58-57 to Wyoming last week. Isaiah Stevens had 31 points combined in the two games. The Rams led San Diego State, 34-28, at halftime but rallied from a 35-21 deficit at the break against Wyoming only to lose on a free throw by the Cowboys’ Noah Reynolds with five seconds to play. The Rams have lost seven of their last nine games. The last three losses, though, have been either by one point (once) or in overtime (twice).

“Another tough one,” Colorado State coach Niko Medved said after the loss to Wyoming. “Our last four games have come down to the last possession and we’ve won only one of them. It is frustrating. Unfortunately, you are judged by the final result and we have to find a way to win these games.”

The Nevada Appeal’s Mountain West men’s basketball rankings for the week of Jan. 23: