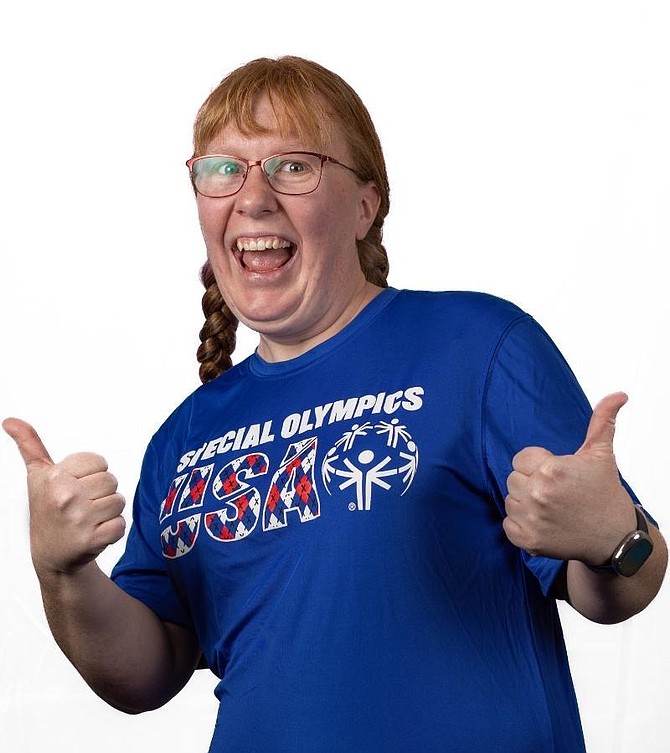 Former Fallon resident Brandy Goodson will represent the United States this summer in Germany during the Special Olympics World Games.

Goodson, who lives in Fernley and will compete in the athletics category, has participated in Special Olympics for 15 years in athletics, bocce and bowling.

According to her bio on the Special Olympics website, Goodson has learned the importance of advocacy as an athlete and is a certified Global Messenger. Special Olympics has changed her life by introducing her to new friends and a new-found sense of confidence, driving her to achieve even greater goals. One of her accomplishments included competing in the 2014 Special Olympics USA Games in New Jersey.

Goodson works as a direct support staff for Northern Nevada Human Services and also works at Blue Sky Thrift Store. Engaged in her community, she supports the local police department by delivering baked goods to officers. She is active in church activities, likes to ride her bike and take long walks. Brandy is appreciative of her parents for their part in her journey to compete in the Special Olympics World Games Berlin 2023.

“This is a once-in-a-lifetime opportunity for these athletes and Unified partners to demonstrate their athletic abilities, competing at the highest level on the world stage, and to have life and cultural experiences that will stay with them for the rest of their lives,” said Craig Pippert, Head of Delegation for Special Olympics USA. “I encourage every American to cheer for USA, share in the triumphs of our delegation and to take pride in knowing that the athletes, Unified partners and coaches will represent our country with excellence and honor.”

The Games will be the world’s largest sports and humanitarian event taking place in 2023, and the biggest multi-sport event in Berlin in decades. The Special Olympics World Games Berlin 2023 will feature more than 7,000 Special Olympics athletes from over 190 countries who will compete in 26 Olympic-type summer sports.

As the official broadcast partner of Special Olympics, ESPN’s television coverage will be carried across its networks in the United States as well as streamed through WatchESPN and the ESPN app.