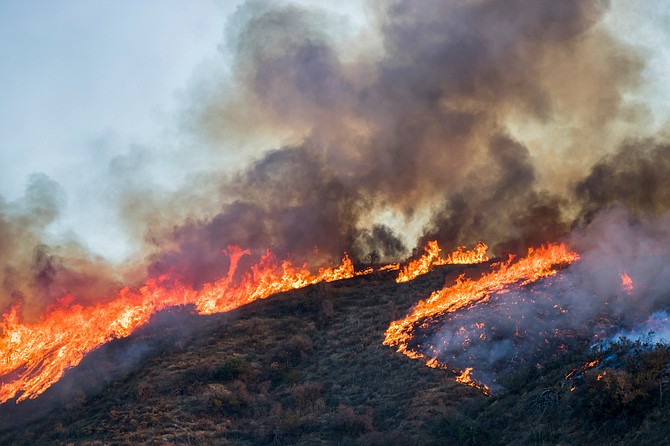 The money is contained in the infrastructure law.

He said that includes some 2 million acres on the Sierra Front, including 910,000 acres of National Forest lands.

In addition, money will go to Elko Front lands totaling 1.4 million acres in eastern Nevada, including 340,000 acres of national forest.

“It is no longer a matter of if a wildfire will threaten many western communities in these landscapes,” Vilsack said. “It is a matter of when.”

A total of $490 million will be distributed in Nevada and other western states to combat wildfire threats.

Nevada Gov. Joe Lombardo praised the decision to provide the funding that he described as historic. He said the funding should help increase the pace and scale of forest and rangeland health projects in critical areas to protect families and local economies, and natural resources on public and private lands.

Vilsack said he has authorized the Forest Service to use new emergency authority in the infrastructure act along with implementation of existing authority to enable the agency to move more quickly in applying targeted treatment of high-risk firesheds as well as post-fire recovery areas.