The Carson Valley Pops Orchestra will present an eclectic array of music and announce this year’s scholarship winners at its Annual Spring Concert.

The performance at 7 p.m. April 1 will be at the CVIC Hall in Minden.

Led by Conductor C.J. Birch, local musicians will delight the audience with a zesty lineup of selections including “The Washington Post March,” “Moon River” and “Second American Folk Rhapsody” as well as musical theater favorites “The Phantom of the Opera,” “The Sound of Music” and “Pirates of the Caribbean.” Enjoy a glass of wine, beer or a soft drink while perusing the selection of raffle prizes donated by area merchants.

Other performances include Pops Plays Piper’s, a fundraiser for Virginia City’s historic Piper’s Opera House, on April 29; a patriotic concert on July 4 in Gardnerville’s Heritage Park; and an autumn concert on Oct. 14 and holiday concert on Dec. 9 in the CVIC Hall. 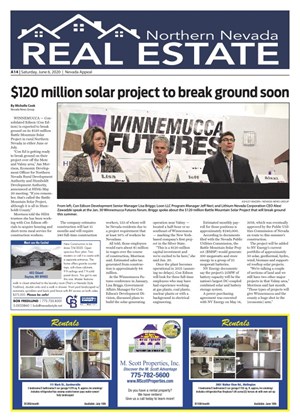