A 25-year-old Fallon man accused of manufacturing hallucinogenic mushrooms was released from custody after a status hearing Thursday in Justice Court.

Tyler Perrazo was granted a release but must report to Court Services for daily drug and alcohol testing.

Perazzo’s attorney, Jacob Sommer, said his client is not a threat to flee and is working toward a resolution in the case with prosecutors.

Churchill County Deputy District Attorney Michael Winn objected to the request for a release due to the level of the charges. Winn also referenced a 2007 failure to appear notice from an incident in Provo, Utah.

Sommer, though, said the failure to appear was due to a communication issue since the court did not properly notice Perazzo of a hearing.

Police responded to Perazzo’s residence at 98 Ferguson St. on a report of domestic violence on June 7.

According to Churchill County Deputy District Attorney Ben Newman, authorities saw Perazzo with both hands around the neck of Coral Potter.

During a previous hearing, Perazzo said he worked part-time but could not sustain full-time employment due to his bipolar condition.

Brown has been in custody in the Churchill County Jail for the past four months and his attorney, Jacob Sommer, requested his client’s release. Sommer asked for house arrest and an ankle monitor for his client, and that Brown’s family would monitor him.

Winn, though, objected and noted the serious nature of the charges as well as Brown’s criminal history. Winn said Brown was arrested twice in 2009 for manufacturing a deadly weapon and conspiracy to possess a deadly weapon.

Brown was involved in a fight and a shooting that resulted in a gunshot wound to another man in 2009. He was sentenced to boot camp.

Fred Levine was sentenced Tuesday in District Court to 18-48 months in prison on one count of being under the influence of a controlled substance.

Levine was arrested recently on a failure to appear warrant after he missed a hearing on June 3.

It is his fifth felony conviction and prison sentence.

Sommer said his client had an addiction to meth and was seeking treatment at a facility in California.

Winn, though, said in the weeks after Levine’s failure to appear produced little evidence Levine attempted to seek treatment. 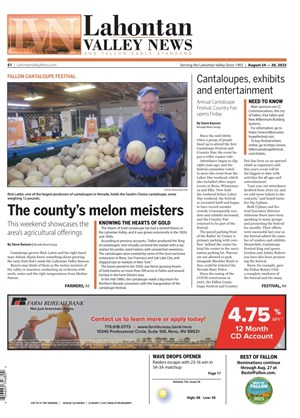