Bill Maddox has filed for the office of district attorney in Storey County.

Maddox, 62, retired as Carson District Judge after eight years, choosing not to run in 2008.

For Maddox, being DA in a small county like Storey is returning to his roots.

“I’m too young to retire and probably the job I had the most fun at is when I was deputy DA (in Carson City),” he said. “This is about as close to that as I can get.”

He said with the Tahoe-Reno Industrial Park and the V&T Railroad project, “There are going to be some interesting things going on in Storey County.”

“There should be some interesting civil legal issues that come up there,” he said.

Maddox said he left the district court bench because, “I needed to get away for a while.”

He estimated he was writing 250-300 cases a year and was getting burned out by the load. He said the 2004 and 2006 elections were particularly intense with numerous initiative petitions and other election-related cases coming to Carson District Court.

He spent the past two years readying several pieces of property in Carson City for rent. Now, he said, he wants to get back to doing legal work.

In addition to Maddox, Senior Deputy Attorney General Dave Neidert and Storey County Deputy DA Laura Grant have filed for the office being vacated by Harold Swafford, who chose not to run again. 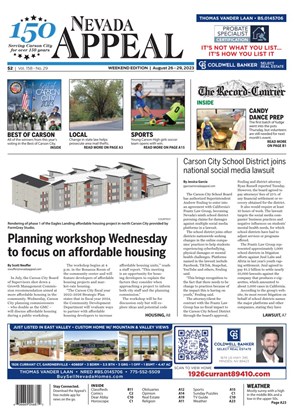