Lyon County commissioners gave their blessing to a 10-year rollover bond issue requested by the school board.

Now they must get the voters’ approval.

School superintendent Nat Lommori said the bond issue would not mean an increase in the tax rate, only that the district gets a 10-year timeline, rather then seeking action every two years.

“This gives us a chance to do more planning,” Lommori said.

The commissioners have approved a resolution endorsing Question 14 on the 2006 general election ballot for Lyon County voters.

District projections at the time the bonds are issued must indicate that issuance of he bonds will not result in an increase of the existing school bond property tax rate of 48.65 cents per $100 of assessed value. If approved, this authorization will expire Nov. 7, 2016.”

Voting “yes” would allow the district to issue bonds between the date of authorization and Nov. 7, 2016, pending approval of the Lyon County Debt Management Commission.

The district will use funds from the bonds to finance construction of new and improvement of existing school facilities.

Lommori said that at the rate Lyon County is growing, “we’re averaging a (new) school a year.”

Though passage of the measure will not increase taxes, the rate may decline if the voters reject the initiative.

Lommori said that growth is expected to add 1,500 to 2,000 more students in the next few years.

He said that residents in Clark, Storey, Washoe and Nye counties – all of which have seen dramatic growth – have all approved rollover bonds. 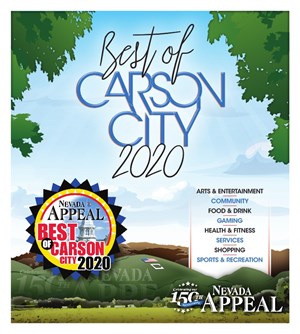 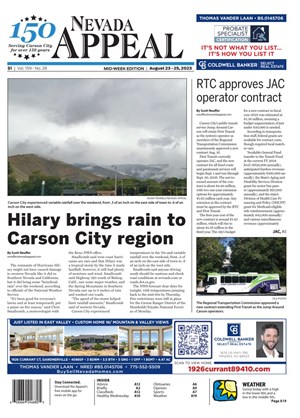