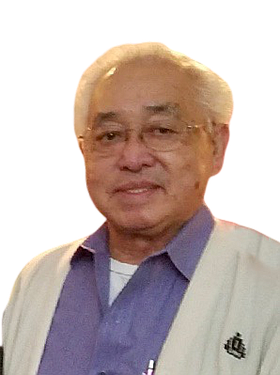 Sam was familiar to many in Carson City as the former owner of Mercury Dry Cleaners, an employee of local casinos, and later the helpful hardware man at Carson, Yerington, and Mound House True Value stores.

Sam was born Samuel Osamu Ito to Nizaemon and Hana Ito on April 24, 1937, in Ogden, Utah. After graduation from Weber High School, he entered the U.S. Army where he served from 1955 until 1958. He was trained as an Aircraft Mechanic and served in that capacity in Ft. Knox, Kentucky, and Germany.

Sam moved to Carson City in 1959 where he worked at Mercury Dry Cleaners.

In 1972, he worked as a Keno dealer, Keno manager and eventually Casino Manager at the Silver Spur. There he met Helen Childers whom he married and shared 23 wonderful years together until her death in 1995.

In 1974, Sam moved to the Carson City Nugget where he was cashier and credit manager.

In 1981, Sam managed the Mikado Dry Cleaning Plant in Reno and later purchased the Mercury Cleaners in Carson City which he operated until 1990. While there, he started a program “Koats for Kids” in Carson City, Minden, and Gardnerville. People donated coats
which he cleaned before donating them to needy kids.

Sam was a member of the Carson City Lion’s Club and in 1986 was honored as their “Man of the Year”.

The family would like to acknowledge Milt and Chris Fogliani; Don, Mary, and Tony Zuliani; Gordon, Jean, and Kent Johnston; Russ and Pam Braedon, and all his many friends and acquaintances for their friendship and support throughout the years.

A celebration of Sam’s life will be held at a later date.