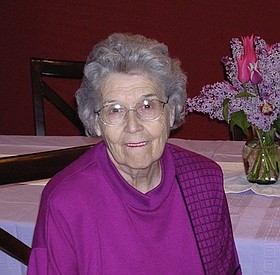 Lucy was born in Salt lake City UT, later moving to Carlin NV and met Evo Granata in Elko NV where they married. They moved to Carson City NV in 1967 and raised their 3 children.

Lucy worked at the state welfare division for many years. She is survived by her 3 children, Dawn Granata, Ruth Granata and John Granata
as well as her four grandchildren. Lucy is preceded in death by her husband Evo Granata.

She will be missed and remain forever in our hearts. Services are in the care of Walton’s Funeral Home in Carson City. Services will be held on
May 14th 2021 from 1-3 pm.