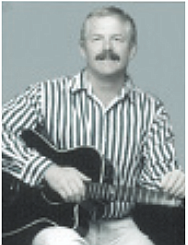 Craig, our father, brother, grandfather and friend left this world too soon, but is now at peace. Craig Smith was born in Sacramento but raised in Carson City and was 100% Nevadan. Craig attended Fritsch Elementary, Carson Jr. High and Carson High School. Craig joined the United States Marine Corps in 1975. When he returned he married Joy Carol Whaley, and they had three children. He later married Becky Schreckendgust and had two boys. All of his children, like their father, remained in the Carson City area. Craig adored his family and took pride in his amazing children.

Craig received his first guitar for Christmas when he was 12 years old and taught himself to play and sing. He and his childhood friend played at LDS church dances and other local venues. Music was Craig’s passion and joy in life. As a young man Craig was honored by the American Songwriter’s Guild for one of his early songs. He wrote beautiful songs and sang with his whole heart and soul. Through the years Craig, together with his beloved band mates, became recognized by the musician community as one of the most accomplished vocalists in Northern Nevada. Craig and his bands became Carson City’s own and were for many years the area’s most sought after entertainers. Craig’s incredible talent has given our family a cherished gift we will always carry with us.

One of his achievements which brought him great pride was his career as a member of Ironworkers Local 118. All across Nevada and Northern California his work can be seen. Those who drive down Carson Street will see the beautiful dome on the legislative building that Craig and Chuck set.

In the last years Craig was able to find peace and solace in riding his Harley Davidson and spending time in nature with his friends. Craig was very proud of his military service and rode with the Patriot Guard Riders whose members attend the funerals of US military service members and first responders.

To honor and celebrate Craig’s life there will be a memorial service at Walton’s Chapel of the Valley, 1281 N, Roop St, celebration of life at 11:00 AM and with his burial following at Lone Mountain Cemetery on May 7, 2021.