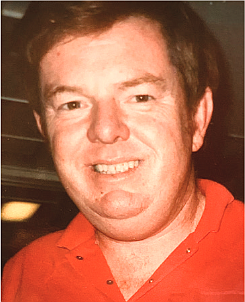 Bill was born in Hemet, CA where he lived for several years then moved with his family to Madera, CA where he graduated from Madera High School in 1961. After High School, he attended CSU Fresno where he graduated in 1966. During college Bill worked at Yosemite National Park as a backcountry mule guide and found his love for the wilderness. He then worked for Producers Cotton Oil as a Cotton Gin manager in Hanford, CA where his two
daughters were born and met the love of his life Nancy.

Bill and Nancy were married in Yosemite in May 1975 and continued their life in Madera, CA where Bill worked as an Agriculture Real Estate Agent for Joe Boyd Real Estate, Pearson Realty, and Grubb & Ellis. During his employment with Grubb & Ellis is where he became an
Agricultural Rural Appraiser (ARA), then starting his own business with The Aten Company in 1991. He was a member of the California Society of Farm Managers & Rural Appraisers (ASFMRA), Ag One Foundation of CSU Fresno Jordan College of Agriculture, and a Commodore of the Fresno Yacht Club.

You could either find Bill and Nancy hiking in the high country or on their sailboat. Their love for nature and water was where they met many of their lifelong friends. They found their forever home in Genoa, Nevada where they became actively involved with their community church and annual events.

In lieu of flowers you can send remembrances to CSU Fresno Ag One Foundation Honorary
& Memorial Gifts. Make sure to add a comment in the transaction with “Bill Aten Alumnus”.
https://www.fresnostate.edu/jcast/agonefoundation/giving-opportunities.html