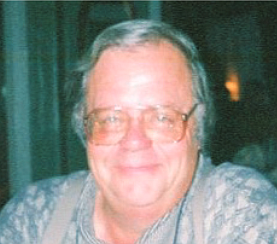 Paul Brown, 82, of Carson City, passed away peacefully
in his home on Feb. 9, 2021 with his daughters by his
side. Paul was born on May 24, 1938 in Juneau,
Alaska to his parents, Helen and Lewis Brown.
As a child, he lived with his parents and his sister, Mary,
in Juneau, Thane, and Ketchikan, AK, Herlong, CA, and
Carson City. After graduating from the University of
Nevada, Reno, he taught band and chorus music in towns
in Nevada, Oregon, and northern California. He returned
to Carson City with his wife and three daughters in
1975 and worked for the Carson City School District
until his retirement. He has lived in Carson City
for the last 45+ years.

Paul was a talented singer, musician, and actor who
used his gifts to entertain and uplift his family, friends,
and community. Many people have had the pleasure
of hearing his wonderful tenor voice and witnessing
the feeling he poured into his singing, as well as his
obvious enjoyment at creating music. He participated
for many years in the music ministry at St. Teresa of
Avila Catholic Church as cantor, choir director, and choir
member. He was occasionally asked to sing at other
churches, at weddings, and at various other functions in
the community as well. He and his daughter participated
together as members of Carson City Chamber Singers for
30+ years. Paul performed in many plays over the years
with Brewery Arts, Proscenium Players, and Western
Nevada Musical Theater, and often “stole the show” with
his humor and his beautiful voice. As a music teacher,
he enjoyed having the opportunity to share his love
of all kinds of music with his students.

Paul enjoyed talking, singing, and laughing with
family and friends. He was a kind, generous, creative,
hard-working, easy-going, and intelligent man with a
wonderful sense of humor and he will be greatly missed.
His family was very important to him and he always did
everything in his power to make his family feel happy,
loved, and cared for. He has had many hobbies and
interests including reading, crossword puzzles,
camping, fishing, gardening, macramé, jewelry-making,
carpentry, wood working, and many more.

Paul is survived by his sister, Mary Winkler, his
daughters, Helen Coston and Theresa (Mark) Richardson,
his great-granddaughter, Jasmine Brundle, and numerous
grandchildren, great-grandchildren, and many cousins.
He is preceded in death by his parents, his brother-in-law,
Fred Winkler, his daughter, Cheryl Hansen,
and his granddaughter/adopted daughter,
Crystal Brown, as well as aunts, uncles, and cousins.

A Celebration of Life Mass will be held on Tuesday,
August 24th at 11:00 am at St. Teresa of Avila Catholic
Church in Carson City, with a reception to follow.