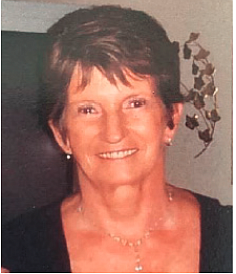 Beth, age 81, of Fernley Nevada, passed away peacefully at her home on August 16, 2021. She battled cancer since 2019 and was so courageous in her fight.

Beth was born in December of 1939 in San Jose, California to the parents of Lela (Hart) and Stanley Pritchard as well as two brothers, Lynden and Phil and a sister Nancy who died at age 3. All three children were adopted by Lela’s 2nd husband and took the last name of “Beffort”. Her family moved to the Hillsboro, OR area and lived there throughout her childhood and graduated from Dallas High School. When she graduated, she then moved back to San Jose,
California and lived with Grandmother Lelia Hart.

Beth met a young military man at a ISO dance, Donald Butler, who she married and lived the Navy life. They had six children together in a matter of 7 years. San Jose, Norfolk, San Francisco and then San Jose ending up moving to Fallon, Nevada living the remainder of
their marriage. Divorced, Beth moved to Reno raising the kids. She worked many jobs such as the JA Nugget, Sundowner, occasional cocktail waitress at Stockman’s in Fallon. She then took a job at Wells Manufacturing in Verdi, Nevada and worked until she retired in 2001.
Beth married Michael Hall in February of 1993 and they lived a wonderful life. They traveled the United States from one end to the other. She was passionate about hunting, fishing, camping, and visiting with all her family and relatives. She was very close to all of them.
She was adamant about the family getting together for every occasion. Family was her life! She was a beautiful person inside and out!

Her passing not only will be mourned by her family but a very large circle of friends. We will all miss her deeply.Her service will be Saturday August 28 at 11:00 a.m. at the Fernley Free Methodist Church located at 100 S. West Street, Fernley, NV 89408 and reception to follow.