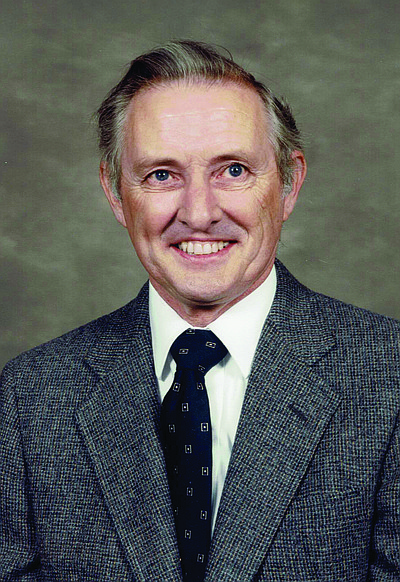 David William Goddard left us on the evening of October 21, 2021. Although he suffered many health challenges throughout his life, in the end Covid 19 was simply too much for him to overcome. He was born in Woking, Surrey in England on April 6, 1935 and emigrated tothe United States in 1948 where his family settled in Vallejo, California.

After graduating from Vallejo High School in 1953, he joined the United States Air Force. During his two enlistments he served stateside at Ellsworth Air Force Base in Rapid City, South Dakota, Mt. Tamalpias and Point Arena Air Force Base in Northern California and
March Air Force Base in Riverside, California. Overseas he was stationed at Keflavic Air Base in Iceland, and Wheelus Air Base in Tripoli, Libya. While stationed in Tripoli he played on an Air Force soccer team. He loved to share the story of a German soccer coach who received permission to “borrow” him for a few weeks so he could play for their team at several upcoming tournaments in Germany.

He married Karen I. Nelson in Tonopah, Nevada in 1958. Upon discharge from his military service in 1961 he and Karen lived in Tonopah for a brief period before moving to Las Vegas where he worked for Nevada State Bank. In 1966 David accepted a position with the Nevada
Department of Motor Vehicles in Las Vegas and in 1968 transferred to the DMV in Carson City where he worked until he retired in 1992.

David was the 3rd of seven children in a very tight-knit family. He will be most remembered for his jovial personality and his love for his family. He enjoyed road trips to visit air and automobile museums around the country as well as a trip to the NFL Hall of Fame. He also
enjoyed playing golf and was an avid reader of mostly fiction but loved stories from WWII and those of the Royal Family.

He was preceded in death by his parents Charles and Gladys Goddard, two sisters, Jean (John) Thompson and Elspeth (Vince) Amodeo, and two granddaughters, Angel Myring-Hatch and Katy Manoguerra.

He is survived by his wife of 62 years, Karen Goddard and his four children Kim Myring, Dorene (Randy) Whitworth, Leigh (Vernon Miller) Goddard and Kirsten Hevener, as well as 11 grandchildren, 10 great grandchildren, and numerous nieces and nephews.

A celebration of life will be held at 1:30 pm on January 15, 2022 at Mountain View Mortuary, 425 Stoker Avenue in Reno. In lieu of flowers, his family asks for donations to be made in his name to St. Jude’s Children’s Research Hospital.