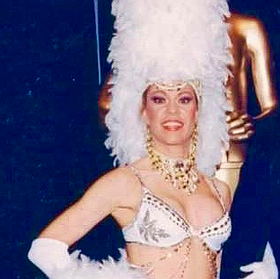 Toni Lee Larch was a fearless rebel who loved laughing and dancing. Born May 25, 1956 in Corvallis, OR to Carl Eugene Larch and Lynne Turney Larch, she and the family moved to Winnemucca, Nevada in the early 1960s, where she took her first ballet lessons.Moving to Carson City, Toni added tap and jazz to her repertoire. She studied on scholarship at the San Francisco Ballet, and graduated from Carson High School in 1974. In 1977 she married John David Walker, and in 1978 secured a contract to dance in MGM Reno’s Hello Hollywood Hello - the “world’s largest show on the world’s largest stage”. She kept dancing through much of her pregnancy with son Casey Linn Walker, and resumed dancing soon after his birth in 1982. Dave Walker passed in 1984. In 1991 Toni married Arthur Matt Smith III. That same year they had a son, Arthur Matt Smith IV.The cause of death was acute COPD exacerbation. She is survived by her sons Casey Walker & Matt Smith, her sister Leslie Larch, and her brother Jage Larch.