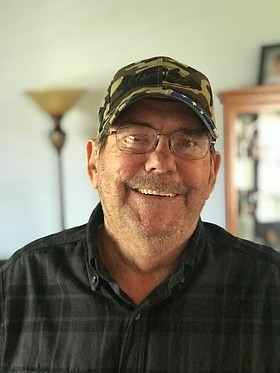 Wesley R. McKnight passed away December 12, 2020 in Reno NV at the young age of 67. Wesley “Wes” lived in Fernley NV with his loving wife Kathy McKnight of 27 years. He was the youngest and last surviving son of his late parents Joseph & Mazie McKnight. “It is in death that we are born into eternal life”- Prayer of St. Francis Assisi.

Wes was full of life and laughter, a loving husband and proud father who appreciated and valued the meaning of FAMILY. In his earlier years Wes enjoyed life as a mechanic, racecar driver, fisherman, hunter, all-around outdoorsman and family man, always looking for ways to tinker around and make things better. Proud of his own accomplishments and celebrated other’s accomplishments whenever possible. After many years in Hawthorne, he settled down in Fernley with his wife, who was also a best friend and his rock!

We want to thank anyone and everyone else who gave their time to help this man over all these years. He would have done the same, or more for anyone else. Thank you!