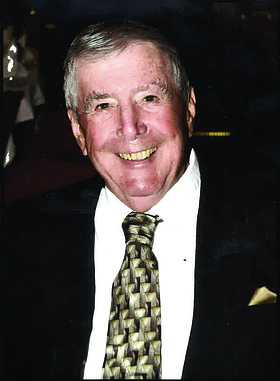 Hank was born in Burbank, California, on May 19, 1941 to Ted and Naomi Stigile. He lived in Burbank and North Hollywood where he attended schools.

Hank joined the US Air Force when he was a little over 17 1⁄2 years of age in January 1959. After completing basic training and Air Police School he was stationed to George AFB in Victorville, California where he served his duty as Air Police. While stationed at George, he completed High School, served temporary duty in Germany, Alaska, and Texas. He was honorably discharged from active duty in January 1963 with the pay grade of E-4 and served 2 years of inactive duty in the Air Force reserves.

He had two sons, Kevin and Robert, from his first marriage. He also had two daughters, Jennifer and Tracey from his second marriage.

In January 1986, Hank married his current wife Tana and moved to Roseville, California where the couple lived a little over 6 1⁄2 years. After leaving Roseville, Hank and Tana moved back to Nevada where they lived in Gardnerville, Minden, and Fallon. In 2012 they bought a home in Carson City and have resided there ever since.

After Hank left the Service, he returned to Southern California where he worked several jobs. Through family connections, he started working in Santa Monica, California as a pickup/delivery person for a small company that provided computer accounting to business throughout the area. It was this company that introduced Hank to computer data processing. Hank then went to college during the evening and received his AA in Business Data Processing. While going to school, he learned to program in several computer languages. He worked as an Analyst/Programmer for many companies in California and Nevada.

Hank loved traveling with his wife and their dogs. Hank and Tana have traveled across the United States 5 times. They have visited every state in the Union, all except Hawaii in an RV. They bought into a condo in Cabo San Lucas, Mexico and enjoyed their Mexican home for 18 years.

Graveside service for family will be held at the Yerington Cemetery where his ashes will be interred.

In lieu of flowers, please make donations to the National Foundation of the Blind or the American Lung Association.