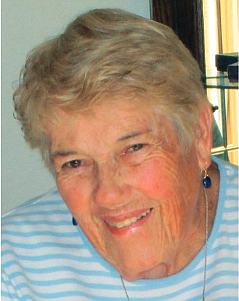 CARSON CITY- Frances (Fran) Anna Tedesco was born in North Hollywood, California on August 14, 1933 to Roy and Anna Honstead. She gracefully passed away at her home in Carson City on July 2, 2021 with her son and daughter by her side.

After high school Fran attended nursing school until meeting the love of her life and marrying Richard on September 22, 1956. Her son Michael and daughters Christina, Jean and Tracy soon followed. They made their home in Simi Valley CA, where Fran was involved in every aspect of her children’s lives (den mother, girl scout leader, parks and recreation director). In 1976 they moved to Carson City to enjoy all that Northern Nevada has to offer. Fran worked for Richdel for many years and still met with her former coworkers occasionally for lunch. She also worked for Alum Rock Cheese (later Beatrice Foods) as a receptionist for many years before becoming the first woman and top salesperson at the company. Her territory included Lake Tahoe, Bishop, Reno and areas in between.

Fran was proceeded in death by her parents, beloved husband of 57 years Richard, and grandson Matthew.

Fran was very active in her church and taught catechism at Saint Teresa’s for many years.
Fran deeply loved God, family, friends, books, camping, birds, all animals, Ireland and Christmas.She never met a stranger and would know your life history within minutes without ever prying.

In lieu of flowers please consider donating to Saint Teresa’s church or a local animal shelter.Death leaves a heartache no one can heal - love leaves a memory no one can steal.