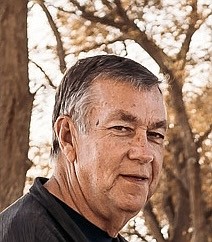 Jack Beach, 71, went to his heavenly home on Tuesday, June 15, 2021. He was a beloved father, grandfather and friend.

Jack was born to Jack and Chrissie Beach on March 29, 1950, in Redfield, South Dakota. Shortly after the family moved back to his father’s hometown of Fallon.

Jack excelled in three varsity sports as an individual and team player. He graduated in 1968 with basketball and baseball championships. He earned all-League and all- State accolades in football, basketball, and baseball.

Following high school, he attended the University of Nevada before moving to Montana, graduating from the University of Montana Western in Dillon. His first teaching job was in Ely, Nevada. He returned to Fallon and taught math until his retirement in 2003.

Jack began his coaching career in 1974 as the offensive coordinator for the varsity football team. He helped the Greenwave to three straight championships and also worked as the junior varsity baseball coach for two seasons. In 1977 he took on the role of varsity baseball coach leading the team to two state titles and earning the “Coach of the Year” honor in 1978. Mid-career he stepped back from coaching for a decade to serve as athletic director. During his later career he coached girls’ golf, varsity football, and varsity softball.

After retirement from CCSD he taught at Logos Christian Academy, going on to become principal, retiring from there in 2017.

Through umpiring baseball and softball Jack never stopped combining his love of sports and involvement with youth. For two years he was president of the Northern Nevada Softball Officiating Association.

Jack was an active member of Parkside Bible Fellowship and Child Evangelism Fellowship. He also volunteered many hours at LOGOS.

Jack was not one eager to be the in the spotlight. Instead, he appreciated the simple things: being outside, golfing, riding four-wheelers, fishing, and being with his much- loved family. He enjoyed passing on his love of sports to his grandson Logan and was eager to also share that love with his soon-to-be born granddaughter.

Jack is survived by his son Jeremy and his daughter Kasey Chu (Daniel), grandson Logan Jack, and best friend Karen Beach of Fallon; his brother Daniel (Martha) and his sister Peggy (Randy) of Salt Lake City. He also has several niece and nephews in Salt Lake City.

Services for Jack will be held at Parkside Bible Fellowship, 485 Tedford Lane, Wednesday, June 23, 2021 at 11:00 a.m. The service will be live streamed the day of the service at https://www.parksidebible.com/livestream