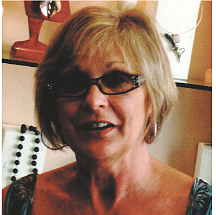 Phyllis Ann Ross Basso, 74, passed away in Reno, Nevada on March 14, 2021 in Reno. She was born on October 14, 1946 in Pittsburgh, PA to Betty Elaine Ross (Stute) and Michael Joseph Ross. She attended Avalon High School, where she was a multi-talented athlete, class president, and president of athletics. After graduating in 1964, she went straight into the workforce before packing her bags in the late 1970s and moving out West “to the sunshine.” Phyllis had a successful, long career at Xerox where she was named the top sales rep and made the President’s Club numerous times. In 1981, she finally settled in Reno, Nevada and met the love of her life, Don Basso. The pair were married on October 31, 1984, and Phyllis immediately took on the role of loving mother to daughter, Andreana Basso.

Phyllis was a social butterfly and a cherished member of her community. She loved live music, especially Las Vegas Shows, and never missed her “girls lunches” and “girls night out” group. Phyllis was also an active member of the Sons of Italy and Immaculate Conception Parish Ladies Guild. She also cared deeply about others and often acted as a guardian angel for the elderly. Phyllis’s passion for sports continued through her adult life. She was an avid tennis lover who never missed watching Wimbledon and supported her hometown football and baseball teams, the Pittsburgh Steelers and Pirates. She loved seeing new places and traveled the world with her friends and family.

Phyllis’s love and friendship will be deeply missed by so many. She was a beloved mother, friend, role model, and “Noni,” playing a very active role in her grandchildren’s lives. She was loved and adored by so many who will treasure their sweet memories of her forever. I know all of your friends and family were cheering for you, waiting with that glass of wine as you came through the pearly gates of heaven.