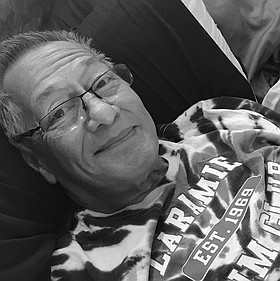 John “Buddy” David Osalvo was born September 8, 1951 to Blanche Helen (Gleiss) Osalvo and Francisco “Frank” Fijer Osalvo at Temple Hospital in Los Angeles, California. John was a hard worker and dedicated his life to serving others. John was passionate about all he did, especially his online toy business and jazz music. He enjoyed working outdoors, regardless of weather conditions and made certain the exterior was always decorated for Christmas and other holidays. He looked forward to feeding hungry deer, quail and other wildlife, but not the skunks and raccoons. He had a grand sense of humor and wit and was a talented writer when he desired to share his story. He never let lack of knowledge stop him from doing what he needed to, he always found a resource and taught himself or sought a guide to teach him.