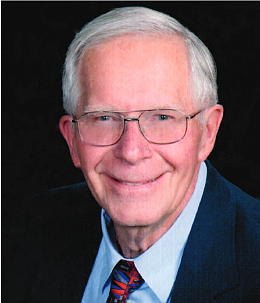 Arthur Duvall was born at the Silver Cross Hospital on September 4, 1942 in Joliet, Illinois and lived with his parents on the family farm in Minooka, Illinois. He moved to Joliet with his mother upon the untimely death of his father in 1944.

As the only child he was raised closely with maternal cousins Kay, Marilyn and Harry. Art attended public schools in Joliet and college at Purdue University where he obtained a Bachelor of Science Degree in Aeronautical Engineering. Upon graduating he accepted an engineering job at Grumman Aerospace Corporation in New York where he was employed for 35 years.

Most of his employment was spent in support of the Navy’s A-6 Intruder, an all-weather strategic aircraft. He was the site manager for Grumman at China Lake, California Naval Weapons Center and also at the Fallon, Nevada Naval Air Station. He had opportunities to work with NASA’s first astronauts.

Art enjoyed building and working with his hands. In 1967 he built a dune buggy in New York as the craze was beginning to catch on in Southern California. The dune buggy was towed to San Diego in 1969 to enjoy beach life. Camping and desert exploring were favorite pastimes with family and friends. He was a long-time member of the Maturango Museum at China Lake and served as a field trip leader to view and study the famous petroglyphs. Art did metal and leather work making beautiful custom knives and medieval armor. Medieval reenactment and Renaissance Fairs were other fun activities.

Following retirement Art and wife Sally loved to go traveling and visited over 50 countries and sailed around the tip of South America. Art has been a life-long member of the United Methodist Church. He passed peacefully from this earthly life on April 15, 2021 following a decline from Alzheimer’s disease.

He is survived by his wife Sally, his preschool sweetheart and neighbor, to whom he was married for 57 lively years. He is also survived by daughter, Carolyn, and her husband David Mason; son Doug, and his wife Kathleen; and grandchildren Kylie and Rebecca Mason, and Richard and Margaret Duvall.

A celebration of life will be held at the First United Methodist Church at Division and Musser Streets, Carson City on Saturday, May 8, 2021 at 11am.

The family wishes to thank the support of the Carson Tahoe Memory Care Center for their loving care of Art during particularly trying times of the pandemic.