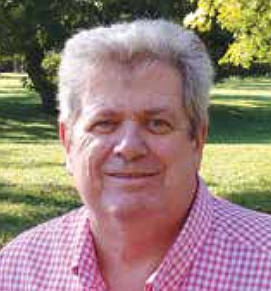 On Saturday, April 17, 2021, with family at his side, Charles Cryderman passed away in Austin, TX.

Charles was born in San Francisco, CA on March 3, 1952 and grew up in South Lake Tahoe, CA. Charles said being raised in the Tahoe area was a young man’s dream. He recounted many stories of adventures with his family and his solo adventures of hiking in the Sierras. Charles graduated from South Tahoe High School. At a young age, he acquired Dick’s Fuller O’Brien Paint Store in South Lake Tahoe. Over the next 40 years, he built a successful business, opening a second location in Gardnerville, NV.

Charles’ first love was his family. He loved his children and grandchildren more than words can describe. Charles shared his love of nature, fishing, camping, hiking, and exploring with his children. He taught them to see the magic in everything and everyone. Charles was a loving, passionate, and devoted husband. He and his wife, Dawn, spent their time exploring back roads. Every bend in the road held the promise of adventure. Charles gave to his community in many ways, always ready to share his resources, time, and compassion with others. He was a hospice volunteer in Nevada. Charlie loved Christmas and he played Santa at local schools in Texas. Charles’ family and friends will miss his infectious laugh, sense of humor, intelligence and rich knowledge of Nevada and military history. Most of all, they will miss Charles’ caring heart.

“He will be missed here on Earth, but his spirit lives on.