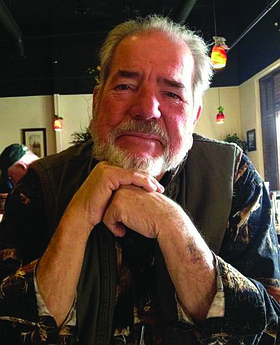 Jearld “Jerry” Edlefsen passed away peacefully at his home in Washoe Valley on May 7, 2021 surrounded by his family.

Jerry was born on December 4, 1943 in Chico, California to George and Ellen Hollis. Tragically, his dad died six months after he was born. When he was about five, Ellen married William “Bill” Edlefsen who adopted Jerry and his sister Bobbie. Bill traveled a lot with PG&E, so Jerry was mostly raised by his grandmother while his mother, Ellen, worked.

Jerry graduated from Chico High School in 1961 and started working for PG&E. He soon married Patti Exline and had two sons, Clinton “CL” and Jeffrey “J”. In 1973, wanting a better life for his family, he moved them to Reno, and shortly thereafter, Washoe Valley.

Upon moving to Nevada, he started working for US Rentals. In 1976, he bought the Carson branch and started CC Rentals. Although many people thought the “CC” stood for Carson City, it actually stood for “Canadian Club” which was his drink of choice at the time.

Having previously parted ways with Patti, in 1979 Jerry met the love of his life, Cheryl Fetterhoff Miner. In the span of four months, they met and married. Cheryl had two daughters, Heather and Dawn. The family has often referred to themselves as The Brady Bunch (minus a child on each side and the housekeeper). The marriage spanned almost 42 years and was the envy of everyone around them. A true love story.

Jerry and Cheryl ran CC Rentals until they sold the business to United Rentals and were able to travel the world. They traveled in their motorhome from Alaska to Cabo San Lucas, cruised to Antarctica and throughout Europe.

Jerry was always the “go to” guy. He was the man everyone went to when they had questions on how to do things. He was also the guy always telling jokes. He had a million of them. He is already so missed by all.

Jerry is survived by his loving wife Cheryl, his children CL (Carrie), J (Misty), Heather (Lori) and Dawn (Dan), grandchildren Alecia, Ken (Deserae), Tasha, Joe (Hailey), and Danica, and multiple great grandchildren. He was preceded in death by his parents and his sister Bobbie.

The family would like to thank Kindred Hospice, Complete Care Consulting and Seniors Helping Seniors for their amazing care.

They are asking for donations to Alzheimer’s Association in lieu of flowers.