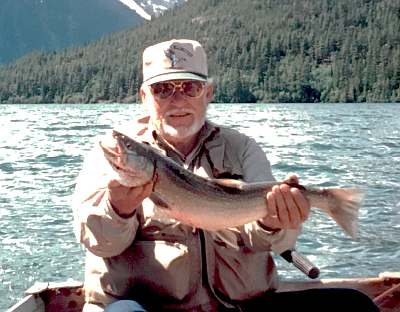 Howard (Howie) Henning was born in Seattle, Washington to Erwin and Marietta Henning. Howie was preceded in death by his wife, Patricia (Pat) Duncan Henning, who is recently deceased, his parents, stepmother Lillian Henning and sister Marilyn Morris. He is survived by his younger sister Melinda Henning of the Bay area, daughter Kristi Knittle (Chet) of Fallon and grandson Cole Knittle (Jaime) and great granddaughter Katielynn of Reno. Son Kurt Henning (Debi), grandson Chris Henning (Ember) great grandchildren Kamiah and Miles Henning, and grandson Clint Henning (Tyffani) and great grandchildren Lilian, Travis, and Luke Henning, all of Fallon. He also has numerous nephews and nieces throughout the state of California.

Howie attended Palo Alto schools and the Wayland Academy in Wisconsin. He was a competitive swimmer in school. He met his high school sweetheart, Patricia Duncan, in Palo Alto. The couple secretly eloped to Reno at sixteen and seventeen years of age and
were married 74 years. Howie loved to say Pat stole him from his mother and robbed him from the cradle because she was 2 months older than him.

Howie came to Fallon in the late 1950’s to build homes and had his own construction company called Burnette and Henning Construction. He later had the opportunity to become an investor/partner with the Ford franchise called Anderson Ford-Mercury, Inc. It was located on Center St. in Fallon. It is now the Center Street, Town Square building. Howie quickly learned the automotive business and became the President and Dealer. He moved the business from the Center St. location to Williams Ave. in the 1970’s and renamed the business Fallon Ford. He added the Toyota line to the dealership and the name became Fallon Ford-Toyota.

Howie earned the prestigious Time magazine Dealer Award two times and was the President of the state’s Nevada Franchised Auto Dealer’s Association in the 1980’s. Howie was also a volunteer fire-fighter in Fallon for 27 years and held positions there such as Secretary and President, but mostly he just liked to fight fire and respond to rescue calls. He was also a private pilot along with his wife Pat. Howie was a generous businessman and gave back to the community he loved by donating to many youth activities and the 4H program.

He was the Chairman of the local Hospital Board in the 1990’s and helped to find Lutheran Health to manage the hospital and build a state-of-the-art hospital in Fallon.

He was a quiet, serious, non-pretentious man who worked hard for the betterment of his business, his community, and his family. He worked 5 days a week up to the age of eighty-eight coming into the dealership to open and distribute mail in his later years and visit
with the employees.

He loved hunting, fishing, and the great outdoors. Howie and his buddy, the late Dave Bartel. spent time fishing on the Delta and other lakes and rivers throughout the West and Canada. The two liked to get into occasional mischief; once taking Howie’s boat down the Delta and anchoring for the night near the Mothball Fleet (retired WWll Naval Ships) in Suisan Bay and waking up with slight hangovers to discover the boat was no longer in the water, but stuck in the mud at a 45 degree angle. The pair had to wait some hours for the tide to come back in so they could move the boat and head back up river.

He looked forward every year to attending Lander’s One-Shot Antelope Hunt in Lander, WY as a guide and volunteer in the one-week event. He had the pleasure to hunt with celebrities such as Roy Clark and Gen. Norman Schwarzkopf. Howie and Pat enjoyed their week in Lander visiting their dearest friends, Jim and Alice Guschewsky.

Howie and Pat spent quite a bit of time in Jarbidge, Nevada during the summer and hunting there in the fall. Howie loved the old mining town, being off the grid, riding quads, seeing wildlife; it was truly his favorite place to be on earth. They loved to entertain and had many life-long friends there; especially their closest friends Troy and Carmen Lee.

There will be no services at this time, but a Celebration of Life for Howie and his wife Pat,
is planned for the summer in Jarbidge, NV.

Howard Henning’s family are extremely grateful to have known a man of high character and
integrity, who had a strong moral compass, and who taught us important lessons of what
it means to achieve success through hard work and dedication.