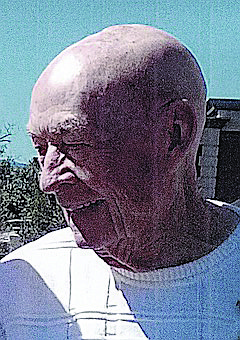 John G. Caster passed away quietly on September 11, 2021, at his home in Gardnerville, NV where he lived with his wife, Vonnie Orgill Caster.

He was born John Guthrie Caster on March 10, 1932, in Mulberry, Arkansas to Herman D and
Henryetta (House) Caster.

He is survived by his wife Vonnie, a sister Mary Jo Nixon of Van Buren, AR, a brother Michael Caster of Muldrow, OK, a son, John Steven Caster (Deni) of Gardnerville, NV, daughters Debbie Caster Valcazar of Reno and Cathy Wilhoite (Bodie) of Grants Pass, OR, and a stepson
Michael Alan Baker (Tami) of Antioch, CA. He was the grandfather of two, and great grandfather of three.

John graduated from Mulberry High School, Mulberry, AR, in 1950, and went on to Arkansas Polytechnic College in Russellville, AR where he majored in civil engineering. While John enjoyed all sports, particularly collegiate, his favorite sport was basketball which he had played in high school and college.

In 1951 John married Patsy Rupp (d. 1983), his high school sweetheart, also of Mulberry, AR.
Shortly after their marriage, leaving Patsy in Arkansas, he traveled to Southern California to establish a new home there. After becoming employed and finding a home, he returned to Arkansas and brought Patsy back to their new home in California.

Not long after becoming established in Southern California, John started JC Trucking company. He operated the business for 10 years and then sold the business to two employees. He then began working for Kaiser Aluminum & Steel in sales management and oversaw multiple Kaiser projects, including the Alaska Pipeline. He left Kaiser after 12 years and went to work with United Concrete Pipe Company. While with United, John was Sales Manager of the Southwest Region, and Executive Vice President of the Southern Region out of Dallas, Texas. After retiring from United he began a consulting business in the concrete
and steel pipe industry. After extensive transfers and international travel during his career, John was heard to say, “I had a 44-year vacation.”

In 2010, John moved from Fort Smith, AR to Minden, NV, where his daughter Debbie was living. He soon became an active member of the Douglas County Senior Center where he served two terms on the board of the Young at Heart Senior Citizens Club. John was a member of the Johnson Lane Baptist Church.

The highlight of John’s move to the Carson Valley was his meeting and marrying Vonnie Orgill. Vonnie, an active member of the Senior Center, caught John’s eye one day when he was there for lunch; that was the beginning of 9 1/2 happy years together.

A Celebration of Life will be held for John on December 1st from 10 am until 11:45am at the
Douglas County Senior Center. The family has asked that any donations be sent to the
Parkinson’s Foundation in his name.

John will be greatly missed by both family and friends.