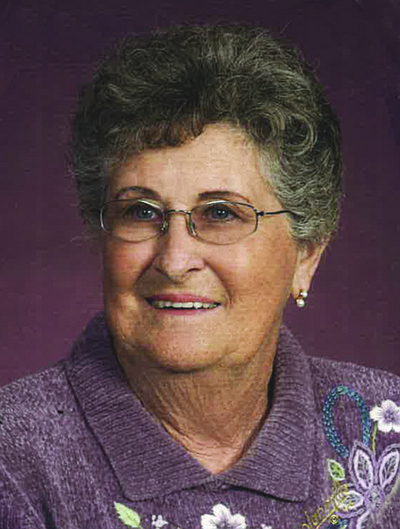 Lorraine Carey Jamison received wings on November 21, 2021. She was born in the tiny town of Arrowsmith, Illinois to Oscar and Ruby Carey, on June 5, 1928. She joined her brothers Paul and Russ.

Lorraine grew up in a farming community on an average size farm. She learned to do many different chores, among them driving a tractor, which she loved. After graduating high school, she attended Illinois Wesleyan University in Normal Illinois, not too far from Arrowsmith.

She was a Delta Omicron and was really active in softball and basketball and of course music. Lorraine was a fantastic pianist and played all the classical music. While in music school, she met the love of her life Richard Jamison, better known as Dick. They eloped and were married on November 19, 1948 and were married for 66 years, until Dick passed. Lorraine was a great
basketball player. Illinois had a professional women’s team named the “Redheads”. In the late spring of 1949, they asked her to join the “Redheads”. She had to say no because she was pregnant with her only child.

Lorraine and Dick refurbished many Luscombe airplanes, then sold them. The las one they refurbished and kept and flew all over the country. She had her private pilot’s license and Dick had his commercial pilot license.

Both Dick and Lorraine were members of the order of Eastern Star, where they served in different capacities. They were members for over 70 years. Dick was a 32nd degree mason.

“Mrs. J” as she was known, was a school secretary for over 17 years at Chandler Unified School District, in Chandler, Arizona. She served on many committees and was an advisor to new secretaries. They both retired from the district in 1986.

Dick and Lorraine moved to Carson City in 1997 where they bought a new home. Lorraine had many different hobbies, but her favorite was sewing. She made most of Dick’s shirts, her clothes and many, many quilts. She also loved to cook and was a great cook!

Lorraine is predeceased by her parents, Oscar and Ruby, her brothers Paul and Russ, her beloved husband Dick and one grandson Jason.

She is survived by her only daughter Mary (Cliff), her grandson Don (Elizabeth), three grandchildren, Jaden, Hunter and Ashton, and by many nieces and nephews.

The service will be on Tuesday, November 30 at Walton’s Funeral Home in Carson City. Viewing will be at 10:00 am, with the service starting at 11:00 am. Burial will follow at Lone Mountain Cemetery.

The family would like to thank Eden Hospice for its short but efficient and wonderful care.