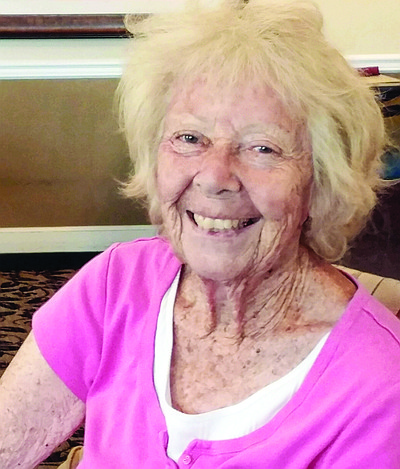 With a song in her heart and a dance step, LaVerne Goldberg passed on to her next adventure.

Born and raised in Modesto, California, LaVerne and the love of her life, Herman Goldberg, found their way to Carson City after Herman’s retirement.

LaVerne was a perpetual energy machine who daily walked 6-miles. She and Herman hiked many a trail from Mount Rose to Carson Pass. LaVerne also loved world folk dances, traveling to Pacifica to walk the beaches with daughter Laurie, and sharing meals with friends and family.

LaVerne took her final breath on October 12th in Colorado Springs — where she had relocated to be near her son — joining her husband who preceded her in death. They are undoubtedly wandering hand-in-hand exploring the universe.

Donations to hospice in her name would be appreciated.