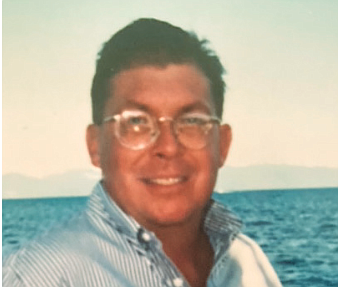 In Loving memory, David Ross McCulloch who passed away peacefully in his sleep surrounded by family.

David was a lifelong Carsonite. The Carson High graduate was very involved in the youth sports especially little League, Pop Warner with his Son, Colin. He was an avid Dallas Cowboys and NHRA fan. If David was out of town, you could bet that he figured out how to see a live sporting event with his wife.

He opened his own handyman business in 2008, McCulloch Home Services and the last 2 years, his son came aboard to help him run the family business. He was also an avid outdoorsman, he loved spending time with his family on his boat, quading around Northern Nevada and watching his son rock crawl.

A Celebration of Life will be held on Nevada Day, October 30th between 8am and Noon at the family spot of 9th Street and Carson Street next to the Plaza Hotel.

A memorial service will be held on November 20th.

In lieu of flowers, a gofundme page has been set up to fund scholarships for Carson City
youth who can’t afford to play Carson City Pop Warner and Little League.