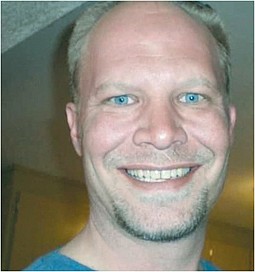 Ian Charles Payette (51) passed away unexpectedly at his home in Carson City on October 16, 2021. Ian was born in Helena, Montana. He lived and attended schools in many places including Sidney, MT; Bozeman, MT; Lawton, OK; Pittsburgh, PA; and Burke, VA.

After graduating high school in Burke, VA in 1988, he enlisted in the U.S. Navy where he experienced many different places in the world. Following his discharge in 1992, he came to Carson City to rejoin his parents and younger brother. He earned an Associate of Arts degree from Western Nevada College and was employed by the State of Nevada Department of Education Training and Rehabilitation.

He was preceded in death by his brother Christopher. He is survived by his daughter Kayla Payette of Reno, his parents Vern and Susan Payette, Carson City, brother Jordan Payette (Candice), Reno, sister Marla Payette Martin (Ken), Billings, MT, and many cousins.

A Celebration of Life will be held at Toyabe Golf Resort in Washoe Valley on Saturday, November 6, from 3 PM to 6 PM. All friends and acquaintances are invited to help us celebrate his life.