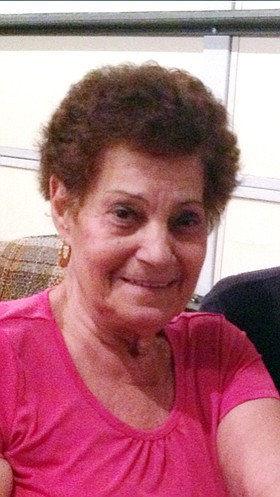 In 1953 she married Fred Wasilchuk. The couple moved to Los Angeles, CA shortly after. They lived there and had 2 sons, before moving to South Lake Tahoe in 1960 where they added a daughter to the family.

Marge’s first career was at Harvey’s Resort Hotel in Lake Tahoe where she worked for 20 years. She began as a “change girl” in 1962 and moved up the ladder to Slot Manager before retiring in 1982. Her second career and true calling was working for the Lake Tahoe Golf Course as kitchen manager, a position she absolutely loved. She worked there until she and her husband moved to Gardnerville, NV in 2000.

She was a loving wife for 61 years to her husband Fred who passed away in 2015.

Surviving are her three children Frederick Wasilchuk (Kimber), Robert Wasilchuk (Joni) and Rosanne Wasilchuk (Mike Bunker), sisters Yolanda Gammarati, Anna Knecht, Gloria Russo, Angela Patterson, Marie Elena Knecht and brother-in-law Joseph Gorey. She had 7 grandchildren and 11 great grandchildren. Predeceased by sisters Antoinette Gorey, Eleanor Russo and Diana Patterson. She also had many wonderful friends that she considered her extended family; if she loved you, she loved your friends too.

Marge was an accomplished bowler having rolled a 300 game in league play in 1978. She also loved to play golf and still played up until her death.

Marge will be laid to rest with her husband Fred at Happy Homestead Cemetery in South Lake Tahoe, CA.