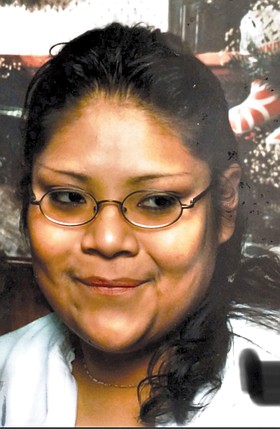 Levitta (Boo) Rose Santio passed away on August 28, 2021 in Albuquerque, New Mexico. She is a member of the Northern Ute Tribe, Uncompahgre Band and is also Western Shoshone from the Yomba Shoshone Tribe.

She was born on March 18, 1979 in Reno, Nevada to Brenda Hooper and Zachary Lynn Santio.

She is survived by her parents, siblings and her three sons: Dalamar King, Adam Stowers and Eric Stowers.

As an adult, Levitta, and her family, would leave Fallon, Nevada to move to Durant, Oklahoma and then onto Apex, North Carolina. Later she would settle in Albuquerque, New Mexico to be near close family; this is where she would make her home.

Levitta will be remembered for her humor, her giving nature and the love she had for her sons.

Her memorial service will be held on September 25, 2021 at 2 pm at the Fallon Paiute-Shoshone Tribal Gymnasium 8955 Mission Road in Fallon, Nevada.