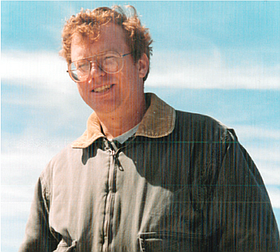 Francis William Nash, 64, passed away at his Reno home on September 18, 2021 after a 2 year battle with cancer.Francis was born on March 10, 1957 in Fort Ord, California. He was the oldest of four boys. He grew up in Monterey, California until the age of 14 when his family moved to Carson City, Nevada in 1971.

Francis graduated from Carson High School in 1975. He received a Bachelor’s Degree in Accounting from the University of Nevada Reno in 1979. While attending UNR, Francis met and married his loving wife of 40 years, Patricia. Together they raised three beautiful children. After graduation from UNR, Francis worked as Assistant Controller for Nevada National Bank, an Accountant for Independence Mining Co. and Administrator for Broadway Investment Inc.

Francis was a member of Our Lady of the Snows Catholic Church, and a 46 year member of the Knights of Columbus. He volunteered with the Nevada Opera as treasurer and Boy Scouts of America Troop 4 as parent/treasurer. Francis was a WWII history buff and strategy games enthusiast. He was active in his children’s sports activities, events and tournaments. He embraced his new roll as “Papa” with much love for his grandchildren.

Francis was preceded in death by his father Herbert Francis Nash Jr.

A funeral mass will be held at Our Lady of Snows Catholic Church in Reno, Nevada on Tuesday, October 5, 2021 at 10:00 a.m., with a reception to follow at the family home. Burial will take place on Wednesday, October 6, 2021 at 10:30 a.m. at Lone Mountain Cemetery in Carson City, Nevada.