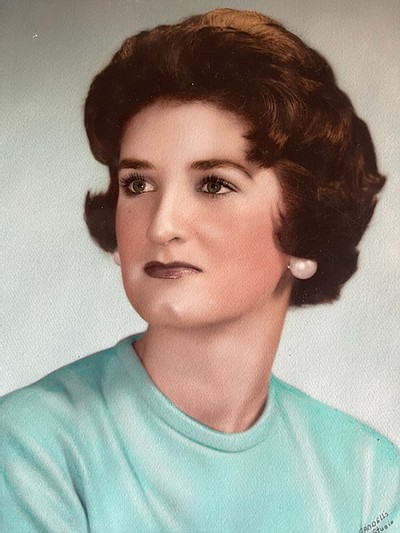 Maureen Frances Mack, known to all family and friends as Renee, died at home after a brief illness. She was 82.

Renee was an unflappable and highly regarded rancher and realtor whose love of animals, especially horses, started at a young age. Her fiery, tough-as-nails exterior belied a gentle and generous heart, and her easy-going demeanor shielded a wicked sense of humor.

A fourth-generation rancher, Renee studied animal husbandry and hotel management (she once said she would run a great hotel for animals) before getting her real estate license in two states. Exploring the world gave her pleasure, but she felt happiest at home, rising before dawn to sweeping views of mountains, land and wildlife–including eagles, coyotes, and bears.

Renee was an enthusiastic and celebrated member of the Carson Valley Chamber of Commerce, participating annually in the Eagles and Agriculture events and hosting birdwatching and tour groups on the ranch. She also made a lasting impact through membership and dedication to several service organizations, most memorably the now-defunct Soroptimists Club.

At the age of three, Renee was gifted her first pony by her maternal grandfather, William McCulloch, a horse dealer. This began a lifelong passion for horses, which was encouraged by her paternal grandmother, Clare Springmeyer Mack, alongside whom she rode side saddle in the annual Carson Valley Day parades. In her youth, Renee competed fearlessly in stake-races and won numerous awards by showing calves in 4-H programs. She was a tomboy who preferred the company of horses and dogs to people. Indeed, she kept hundreds of animals over the course of her lifetime: an array of dogs ever present by her side, and horses she rode for work and play. Preserving the ranch’s heritage was important to her, and from the side saddles she kept in mint condition to the refurbished 1940s one-horse sleigh, Renee
could be counted on to joyfully share treasures from the past. Excited to delight her grandchildren with a fun adventure, she surprised her family one day with an Amish buggy pulled by a miniature horse named Firecracker.

Renee attended Carson Valley grammar schools (where her mother, Mary McCulloch Mack, was a teacher) and graduated from Douglas County High School. She then attended the University of Arizona, later transferring to the agricultural program at University of Nevada, Reno.

After college, Renee married, then divorced, but in the intervening period welcomed two children, Brian and Kristen Parks. She shared with her kids a passion for ranching, animals, fishing and camping. On overnight horseback trips, after a long day of riding and setting up camp, Renee would summon the energy to trick the children by mischievously hiding to howl like a nearby wolf, sending excited shrieks around the campfire.

At Mack Land and Cattle Company, the family ranch established in 1858, Renee worked closely with her father, Duane Emory Mack. Upon his death in 1991, Renee became managing partner. In fact, Duane’s daughter was following in the footsteps of her grandmother, Clare Springmeyer Mack. Having taken the reins of Mackland with her husband Maurice almost a century earlier, Clare was a source of inspiration, education, and motivation. Following the lead of this strong role model, Renee never questioned her birthright, abilities, or what she loved to do best.

In addition to being a passionate rancher and savvy businesswoman, Renee was resolute about following her own gut–or more fittingly, her horse sense. She could be bold, sometimes downright stubborn, but never intimidated or influenced by outside pressures. Like her father, grandfather and great-grandfather before her, she had the courage of her convictions in
ranching, business and politics, and when she didn’t agree, there was no convincing her otherwise. She was such a fierce advocate for agricultural and property rights that public officials feared her. She was loyal to her friends and trusted peers, and earned the respect of her community. She had a strong work ethic, ferocious integrity, and when she called on people to get things done, they listened.

Renee loved to fish and savored picon punches with friends. In fact, she used to joke that for pleasure she could be found fishing or occasionally in dark bars telling fishing tales.

Renee is survived by her brother, Thomas Mack of Los Angeles, CA; her children, Brian Parks and Kristen Parks of Minden, NV; her grandchildren Kenyon, Seth, and Ryker; and nieces and nephews, all of whom will miss her dearly.

A private memorial will be held at a later date