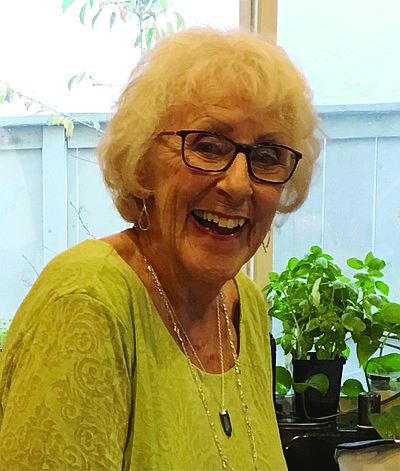 Sandy was born October 31, 1937, in Syracuse, NY, the oldest of three children to Horace “Neil” and Eddie Smead. The family later moved to Green Bay, WI where Sandy graduated high school before moving to California to attend the University of Redlands where she earned a degree in Sociology and met her first husband, Art Squier.

Art and Sandy adopted a daughter together and though they later divorced, they remained friends, each with a special place in their hearts for the other. Sandy later married Bob Nesbitt and they eventually moved from California to Carson City, NV where they became deeply involved in their community.

The couple later moved to Idaho to be near some of Sandy’s family. Bob died in 2000, they had been married more than 20 years. Following Bob’s death, Sandy met up with an old friend, Rick. They spent few years fulfilling a dream of life on the road living in an RV and camp hosting. Sandy eventually returned to Carson City then moved to Reno where she lived the remainder of her life near her daughter, son-in-law, and grandchildren.

Throughout her working life, Sandy held secretarial and administrative positions at various companies. She was very active in AA and lived her life in recovery and being of service to others, her greatest gift.

She is survived by daughter and son in law, Tracy and James Ceragioli, her grandkids, Avery and Izzy, her brother Larry Smead of New York, sister Sue Megran of Idaho as well as their kids and grandkids, stepdaughters Laurie Nesbitt and Debbie Speldrich along with their families and stepson (deceased) Greg Nesbitt’s family. Additionally, she is survived by the countless people she worked with through recovery over the years, her service to others, wise counsel and unconditional love given to so many. Sandy had a powerful impact on those who were fortunate enough to know her. Her impact and her loss will be felt for many years to come. We are all better for having known her.