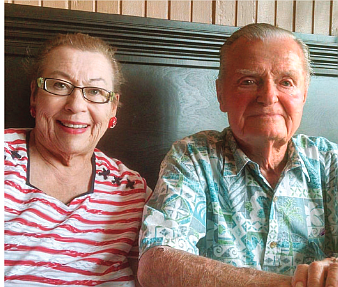 It is with great sorrow we announce the passing of Larry Edward HUGHES, who died April 22nd, in Florence, OR; he was 94.

He was preceded in death by 2 sons, Derek and Corey, and a grandson, as well as his
loving wife Ruth, who passed in January.

They came to the Carson valley in 1974; Larry was an engineer at Bentley and Ruth worked in real estate. They moved to Florence in 2015, for health reasons.

Larry and Ruth are survived by their daughter, Robin Reeder, 8 grandchildren, and 13 great-grandchildren.

No services or memorial are planned.