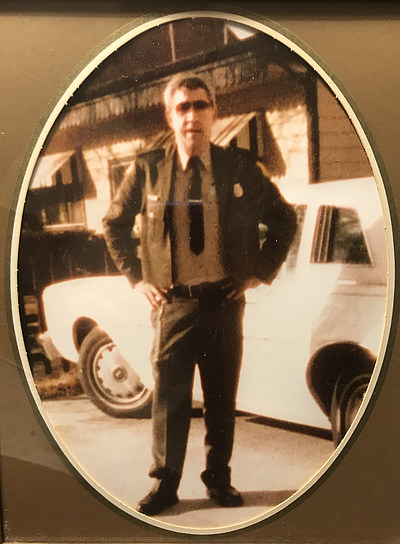 Jonnie passed away from natural causes, on March 18, while at home with his family when he went home to be with the lord. Jonnie was born to Bill and Mildred Jones in Akron, Ohio.

Jonnie served in the Navy from 1946 – 1948 (WW II) and served in the Army from 1949 – 1952 (Korea). He was given a bronze star by Harry Truman and was awarded the government top secret clearance at Loma Linda Air Force Base in 1952 and was security for Northrop Aircraft for 13 years.

Jonnie found his true love Elva and they moved to Carson City in 1970. He worked security for the Nugget in Carson for a bit and then he did 20 years at Nevada State Prison!! (As a correctional officer). As a true RAMS fan! He got to enjoy watching them win the super bowl one more time!

He is preceded in death by his parents, siblings, son Mike Harr and loving wife of 53 years Elva.

He is survived by his daughter Paula Sue, daughter in law Shelly Harr, grandkids David Grimes, Jessee and Jollee Harr, great grandchildren Michael and Jonny Grimes, true friends and loved ones, Todd, Lisa and too many to list.

“We Love You Grampa!” you will forever be missed.

One of Jonnies big loves was to tell people a joke- once told his daughter, “His whole life he just loved making people smile and laugh.”

Services will be held on April 29th at the Fernley Veterans Memorial Cemetery at 2pm.

We Love You Jonnie.