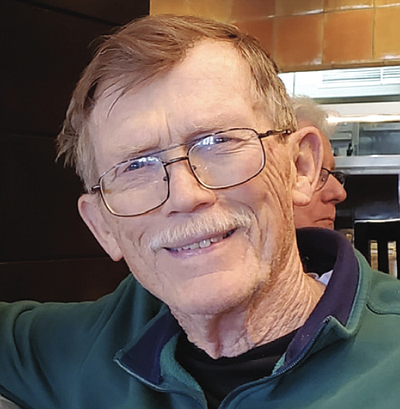 John was born in Atlanta, Georgia on October 1, 1934 to Raymond Garvin and Ruth McKinney Garvin. He joined the Navy after graduating from high school and claimed that he got lost on the Rock of Gibraltar. John attended U.C. Berkeley, after which he attended law school at
Golden Gate College. After passing the California Bar, he practiced law in Pleasanton, California for 31 years.

On April 4, 1964 he married Sharon Hagen and they eventually adopted two children, Stephen and Melissa. John and Shari moved to Minden, Nevada in late 1999.

He had many passions in life, including helping others. He worked as a CASA volunteer in Nevada for over 10 years monitoring children and helping them find safe homes. He also had a love of flight and earned his private pilot’s license – he had a plane that he loved to fly for many years. His other loves included vegetable gardening and sports. He was an avid skier, bicycle rider and he enjoyed walking.

John made friends everywhere he went – he never met a stranger. He kept in touch with many people over the years and will be missed by those he’s known for decades and those he met only recently. He had a kind and generous heart that touched those he met. He had a very unique sense of humor and a keen intellect.

John was preceded in death by his father Raymond, his mother Ruth, his brothers Raymond Jr. and Gene and his sister Virginia.

He is survived by his loving wife Shari, his two children Steve and Melissa and Steve’s fiancé Terri Rooney, his sister Barbara, his grandsons Jacob Mathews and Jonathan Garvin and his loving dog companion Patches.

If you would like to make a donation in his honor/ memory, please consider CASA (Court Appointed Special Advocates).