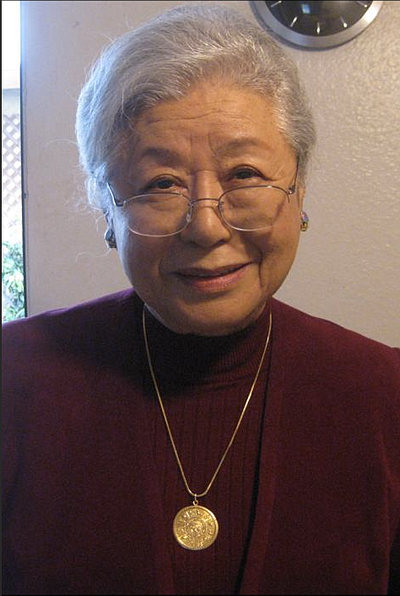 Long-time Zephyr Cove resident, Yoshiko Oswald, passed away Sunday, Nov 6 at the home of her son, Robert Fox, in Henderson, Nevada. Mrs. Oswald, widow of former Douglas County Commissioner and businessman, Robert Oswald, was known to many simply as “Jo”. Born in Omachi, Japan in 1931, Jo was 91 years old. Growing up in World War II Japan left a lasting impression on Jo. Jo met & married Robert Fox in Japan and immigrated to the US in the early 1950s. With the help of the church and a few good friends she survived her early years in the US picking grapes and waitressing. After separating from her first husband, on her way back to Japan Jo met and married Robert Oswald.

In 1963, the Oswald’s moved their business, Thorobred Photo Service, Inc., from Los Angeles, CA to Gardnerville, NV and purchased a modest home in Zephyr Cove. From their Gardnerville facilities they grew their closed circuit TV and photo finish business to be the dominant player in both the US and International horse racing industry. In 1984 Mrs. Oswald founded International Space Optics, SA, an original equipment manufacturer of cameras, lenses and other closed circuit TV equipment for the worldwide security industry.In addition to being a successful international business woman, Mrs. Oswald traveled the world with her husband representing the United States horse racing industry.

She worked hard but she had a good life. She was a US Citizen and loved this country. She traveled the world and entertained guests from around the world in her beautiful Lake Tahoe home where she lived for the last 45 years. She loved to garden. She loved a big plate of spaghetti or a good hamburger. She loved Christmas like a little kid and remained young at heart no matter her age. She got up every morning to make breakfast for her family and every night there’s was a great meal on the table. She drove cancer patients to their doctors. She took foreign students into her home when they found themselves stranded. She worked with the Nevada Department of Tourism to bring visitors from Japan to Nevada and was active in the Barton Hospital Auxiliary and Republican Women’s Club. She was a world class business woman and a tough negotiator. She was a good friend to many, a good daughter to her parents, a good wife to her husband and a good mother to her son. She will be dearly missed.

She is survived by her sister, Noriko, great-niece, Samantha, Son, Robert, and daughter-in-law, Maria. A celebration of her life will take place after the holidays at a date and location to be determined.