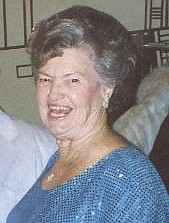 She was born to Leonard and Jessie Phillips on December 16, 1931, in Fullerton, CA. She attended Brea-Olinda Union High School and married Robert (Bob) Wallace Behnke the day after she graduated –
June 17, 1949.

While Bob worked in the California oil fields, Doris made their home and had a couple kids, picking up jobs and handy skills wrapping presents at Sears and laying carpet for a carpet store. In 1961, Doris and Bob bought a small motel and moved to Crowley Lake, CA. They had never stayed in a motel before they bought one! Doris quickly mastered the art of running a motel – keeping the books, making reservations, maintaining, cleaning, and plowing snow. Around 1981, Bob and Doris moved to Fallon and established “Rancho Nogotta” on Rice Road.

Doris was an artist. She loved to paint western scenes; many homes in Fallon sport a sawblade on the wall, painted by Doris. She loved working in her yard and said she was most happy digging in the dirt with a coffee can. Doris was also active in the Eastern Star and local Shrine.

Doris is survived by her daughter, Susan Moore; son, James Behnke and his wife, Chris; four grandchildren, and one great-grandchild. She is predeceased by her husband, parents, and her siblings Arnold, Donald, and Vera.

A graveside service will be held on January 21 at 11:00am at the Churchill County Cemetery in Fallon.