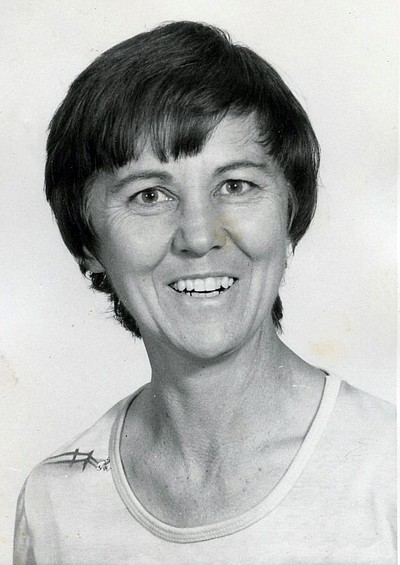 Carol Hendricks slipped peacefully away on January 6, 2022, at the Hearthstone nursing home in Sparks, Nevada. She was 93.

Carol was a massive tangle of contradictions, to the extent that different people had very different perceptions of her. She could be described with equal fairness as miserly, after she had to be talked out of rinsing out paper coffee filters to reuse them, and hugely generous, after she voluntarily gave all her kids down payments to buy houses; organized, for handling the complicated finances left by her husband Art, and scatter-brained, for forgetting which side of the road she was supposed to drive on; self-centered and compassionate, fashionable and relaxed, artistic and pragmatic, meticulous and careless.

Contrariness might have been her defining characteristic. She once said of herself, “I don’t even like to do things I tell myself to do,” and it was true. She was incredibly bright, articulate and well-read, but she burned the love letters sent by her husband Art when he was in Vietnam because she said she didn’t want us to find them some day and laugh. She adored travel and got plenty of it in her 30-year marriage to a career U.S. Army officer, but she hated cruises, where she couldn’t just pick up and go wherever she wanted. She adored people but was singularly independent, being infamous among her Carson City friends for always finding a path no one else wanted to take and haring off on her own. She loved Aquacize, mah jongg, and canasta, but in fact what she loved about them was the people she met in those pursuits, and was far more interested in the conversation than in the actual gameplay or exercise.

A memorial website celebrating the adventures of her life is being set up at www.carolhendricks.com and will be available after January 22.