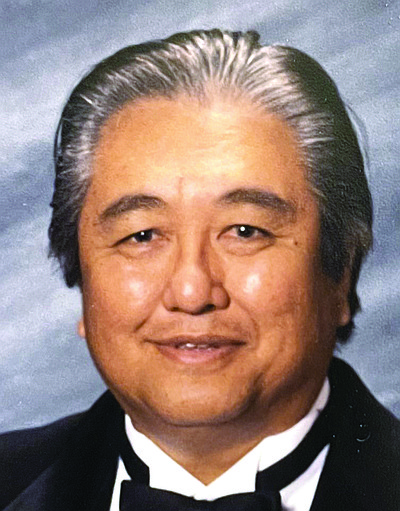 Dr. Villaflor is survived by his beloved wife of 53 years, Dr. Elsie Dano Villaflor, his children, Tino Dano (Mary) Villaflor, Jessica Villaflor (Derek) Newman, and his 6 grandchildren: Valerie, Lilia, and Claudia Villaflor, and Aria, Ava, and Davis Newman. He is also survived by his sister, Tita Climaco. He was preceded in death by his parents, Manuel and Lucia Villaflor.

“Boy” Julius’ long and distinguished career in medicine began in 1968 in Brooklyn, New York. He practiced Internal Medicine in Illinois and served for over 20 years as an Emergency Room Physician at St. John’s Hospital in Springfield, Illinois. He also served for the State of Illinois and the State of Nevada as a Medical Consultant in the Bureau of Disability Adjudication.

“Doc” Julius has been a resident of Carson City, Nevada since 1999, and was an active member of St. Teresa of Avila Catholic Church and the Fil-Am Association of Carson City.

The Villaflor family suggests memorial donations be made in Julius’ honor to St. Jude’s Children’s Research Hospital at stjude.org or through St. Jude’s Donor Services at (800) 822-6344.