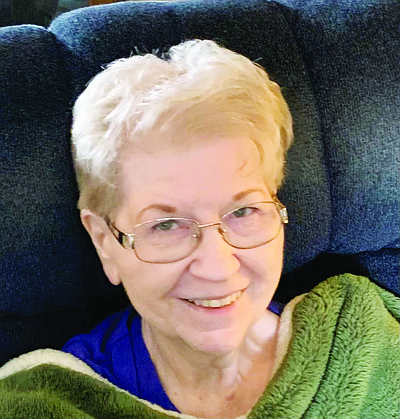 The former Ginger Baldwin was born in San Rafael, California to Walter and Leanore Baldwin on January 26, 1945.

Joining her parents, and sisters’ family before her. Ginger made her home in the Dayton/Mound House area since moving to Nevada in the 1970’s.

Ginger was a high school graduate, and worked as a professional cook, restaurant owner and for the State of Nevada until she retired Ginger was a loving, single mother of three who always worked hard to provide for her family. She enjoyed being a grandmother, feeding her family with recipes made with love, visiting the local casinos, and fishing.

Ginger is preceded in death by her parents Walter and Leanore Baldwin of Dayton, her brother Ed Baldwin of Jenner, and her sister Sharon Affonso of Dayton.

Ms. Stewart was cremated with Fitzhenry’s Funeral Home and Crematory in Carson City. A celebration of life will be held for the family in the Spring.