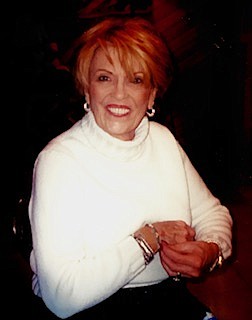 Our beloved mother, Donna Marie Simons passed away on June 20th, 2022. Her short battle with stroke and heart disease ended as she entered into Glory and was fully healed.

She was the perfect example of a wife, mother, grandmother, great grandmother, aunt, and friend. Her love of family showed no bounds; her gentleness and caring will be missed by all who knew her. Her legacy is on solid ground and shall live on.

Mom was born to Jurgen and Bessie (Iverson) Lewison in Lake Preston, South Dakota on December 3rd, 1932. She graduated from Lake Preston High in 1951. That same year, she moved to California with her eldest sister Arlette. While waiting tables in Los Angeles she met her true love David H. Simons, they married on September 1st, 1952. Together they had four sons: David, Donn, Dale and Dean.

Mom was very active in Dad’s business, as she was his sole bookkeeper and purchasing agent, all the while caring for her four young sons and their numerous activities. As her sons grew older and could care for themselves, she took up tennis where she excelled. In 1981 she and Dad made the best choice and moved from California to Texas; they fit right in. They started another successful business where once again mom took up all of Dad’s office work. She even taught herself the use of the computer operating system DOS.

Their marriage and romance lasted 55 years until dad’s passing on March 25th, 2007. At the end of that same year, she moved to Carson City to be with dad’s younger brother Donn Nils Simons, who had lost his precious wife Linda Simons just a week before dad’s passing. Mom and uncle Donn enjoyed traveling the world together and fell in love. On March 21st, 2021, mom and uncle Donn married at the respectful ages of 86 and 87. Mom was an exceptional lady with the grace of a queen and the class and style of a star.

Mom will be interred at Lake Preston cemetery (South Dakota) alongside her beloved David H. and son Dean on September 24th, 2022.